Everything the Kardashians Have Said About ‘KUWTK’ Coming to an End 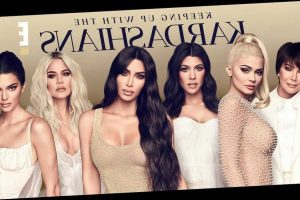 A tough goodbye. September 8 will forever mark the beginning of the end of Keeping Up With the Kardashians’ more than a decade-long run on E!.

Kim Kardashian broke the news that KUWTK will wrap up in 2021 after season 20. The KKW Beauty mogul confirmed the news via Instagram by dedicating a heartfelt statement to the show’s “amazing” fans.

“It is with heavy hearts that we’ve made the difficult decision as a family to say goodbye to Keeping Up with the Kardashians,” she wrote at the time. “After what will be 14 years, 20 seasons, hundreds of episodes and numerous spin-off shows, we are beyond grateful to all of you who’ve watched us for all of these years — through the good times, the bad times, the happiness, the tears, and the many relationships and children. We’ll forever cherish the wonderful memories and countless people we’ve met along the way.”

The Skims founder continued, “Thank you to the thousands of individuals and businesses that have been a part of this experience and, most importantly, a very special thank you to [series cocreator] Ryan Seacrest for believing in us, E! for being our partner, and our production team at Bunim/Murray, who’ve spent countless hours documenting our lives.”

In closing her statement, Kardashian acknowledged how she “wouldn’t be where I am today” without the reality series and the fans who have supported it along the way.

Not long after Kim’s announcement, an insider exclusively told Us Weekly that the Kardashian-Jenner women “all want a break to consider their options” outside of the series.

“The ladies were done with long hours and think they are famous enough without the show to make all their money online,” a second source revealed. “They’re business people first and foremost, and it’s very obvious to those around them who are in the know that they can make a ton more for a lot less hassle by pursuing opportunities elsewhere.”

Scroll down to see what the famous family has said about KUWTK ending.

END_OF_DOCUMENT_TOKEN_TO_BE_REPLACED

END_OF_DOCUMENT_TOKEN_TO_BE_REPLACED
We and our partners use cookies on this site to improve our service, perform analytics, personalize advertising, measure advertising performance, and remember website preferences.Ok