Everything We Know About The ‘Pretty Little Lies’ Spinoff ‘Original Sin’ 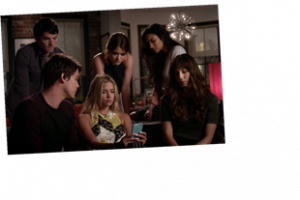 A’s not done yet.

There’s a new A in town, or, well, in a town a few miles away. HBO Max confirmed on Thursday that the Pretty Little Liars spinoff, officially titled Pretty Little Liars: Original Sin, is coming to the streaming service. The show will take place "in the same universe" as PLL, but won’t feature any of the original liars. Instead, per the press release obtained by Bustle, Original Sin will focus on an entire new cast of characters living in a brand new town, Millwood.

END_OF_DOCUMENT_TOKEN_TO_BE_REPLACED

END_OF_DOCUMENT_TOKEN_TO_BE_REPLACED
We and our partners use cookies on this site to improve our service, perform analytics, personalize advertising, measure advertising performance, and remember website preferences.Ok