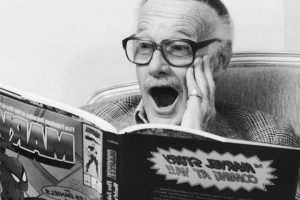 Yesterday marked what would’ve been comic book writing legend Stan Lee‘s 99th birthday, and Marvel fans from all across the globe have come to commemorate the pop culture icon on social media.

Born on December 28, 1922, Lee built a stellar career at Marvel where he not only wrote but also edited, produced and published comic books for more than five decades. Along with the likes of Jack Kirby and Steve Ditko, he co-created an incredible amount of the most beloved superheroes to ever exist, spanning from Spider-Man, Iron Man, the Hulk, Thor and Black Panther to Daredevil, Doctor Strange, Black Widow, Ant-Man, the Wasp, the Fantastic Four, and even the X-Men. Though he stepped away from his regular duties at Marvel in the ’90s, Lee remained a prominent figure in the comic book world, and most famously became a cinematic icon through his countless cameos across almost all of Marvel’s films.

Elsewhere in entertainment, the official synopsis for Doctor Strange in the Multiverse of Madness has just been released.
Source: Read Full Article