Home » ‘Finding You’ Review: A Fiddler Falls in Love

‘Finding You’ Review: A Fiddler Falls in Love

In this dull young adult romance, a violinist spends a semester abroad in Ireland and meets a famous dreamboat. 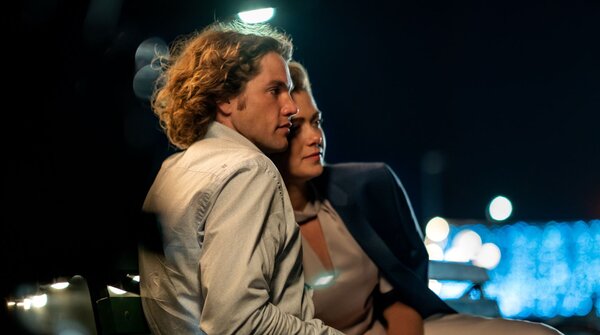 The cinematic teen girls in everything from “The Sisterhood of the Traveling Pants” to “The Fault in Our Stars” go abroad to find themselves, but usually run into boy problems instead. “Finding You,” another phony girlish fantasy adapted from a popular young adult novel (“There You’ll Find Me” by Jenny B. Jones), is no different. But unlike the aforementioned titles, it lacks the personality and dramatic stakes to interest adult viewers.

Directed by Brian Baugh, the film follows Finley Sinclair (Rose Reid), a violinist who heads to a small town off the coast of Ireland after a botched music conservatory audition.

On the flight over she’s serendipitously seated next to the curly-haired dreamboat Beckett Rush (Jedidiah Goodacre), a fantasy franchise actor who the grounded Finley immediately brushes off. Turns out he’s staying at her host family’s bed-and-breakfast for the next several months.

Vaguely inspired by “Pride and Prejudice,” a book that Finley reads to a grumpy retiree (Vanessa Redgrave) whom she’s assigned to visit regularly, the film spends a good chunk of its time humanizing Beckett (whose dad pressures him to act) to upend Finley’s first impressions.

With Beckett as her tour guide, our heroine goes sightseeing, takes in the Cliffs of Dover and encounters a spatter of eccentric locals — like a genial barfly who teaches her the ways of the Irish fiddle. Otherwise, the film might as well take place in any other cute European town featured on a study abroad brochure.

Exploring a new country as a young woman should be more interesting than as a backdrop for improbable romance. But even as an amorous daydream, “Finding You” is dated and generic, Disney Channel-movie-esque, but without the charismatic teen stars.

Finding You
Rated PG. Running time: 1 hour 55 minutes. In theaters. Please consult the guidelines outlined by the Centers for Disease Control and Prevention before watching movies inside theaters.