First Trailer For Netflix Adaptation of The Sandman Drops 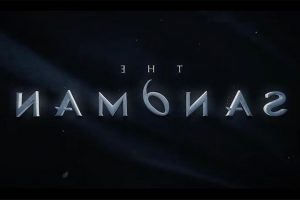 Netflix has dropped the first trailer for its adaptation of Neil Gaiman’s The Sandman as part of its “Tudum” global fan event.

The trailer depicts Roderick Burgess (Charles Dance) conducting the ritual to summon and imprison Death, not knowing which of Death’s family he has captured.

When it is revealed who he has snared, Dream (Tom Sturridge) issues the chilling warning “You’re going to need all the help you can get.”

It’s the briefest of glimpses of a sprawling storyline and only reveals two characters, but given that it’s the first live action footage of a story first published as a comic book in 1988, it will no doubt be whipping hardcore fans into a frenzy.

While there’s still no release date Netflix did release a series of posters also showing off Kirby Howell-Baptiste as Death and Mason Alexander Park as Desire.

Netflix revealed the cast including Game of Thrones and Star Wars: The Force Awakens‘ Gwendoline Christie as Lucifer, Ruler of Hell, Vivienne Acheampong as Lucienne, Librarian of the Dreaming, Narcos‘ Boyd Holbrook as The Corinthian, an escaped nightmare, Black Mirror: Bandersnatch‘s Asim Chaudhry as Abel, the first victim and Sanjeev Bhaskar as Cain, the first predator back in February.

In other entertainment news, The Conjuring mansion goes on sale for $1.2m.
Source: Read Full Article