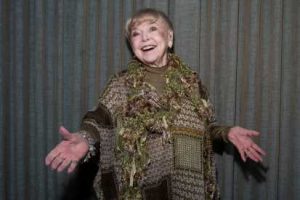 Florence Birdwell, an inspiring voice teacher whose many students included the Tony Award-winning musical stars Kelli O’Hara and Kristin Chenoweth, died on Feb. 15 in Yukon, Okla. She was 96.

Her death, in an assisted living facility, was confirmed by her son Brian.

Professor Birdwell taught voice from 1946 to 2013 at Oklahoma City University, establishing herself as a dramatic, no-nonsense mentor. She helped aspiring musical theater and opera singers unlock the mysteries of captivating an audience, but she could also make her students weep with her candid feedback on their progress.

During a visit to Manhattan in 2015 to see the Tony-nominated performances of Ms. O’Hara in “The King and I” and Ms. Chenoweth in “On the Twentieth Century” — Ms. O’Hara would win (Ms. Chenoweth had already won a Tony in 1999, for “You’re a Good Man, Charlie Brown”) — Professor Birdwell conducted a master class of about a dozen former students.

“At 90, she is girlish and soft one minute, fearsome and sharp the next,” Sarah Lyall wrote in The New York Times, “and she commands all the attention in the room.”

After Scott Guthrie performed “It All Fades Away,” from “The Bridges of Madison County,” for the class, Professor Birdwell cheered, then ticked off his imperfections: He was tensing his shoulders, forcing his vowels and doing something wrong with his breathing.

He sang the song several more times. She pointed to a spot where his neck met his shoulder and said: “You’re putting a strain on that muscle. I don’t want it to get worse.”

Professor Birdwell emphasized that singers must memorize the words of a song before learning the melody, so that the lyrics are not only in their vocabularies but also in their hearts.

“You have to open up a little bit of your insides,” she told The Times. “You have to learn about yourself as a person.” 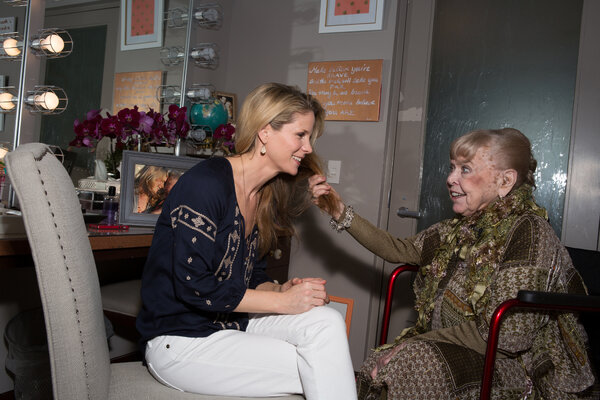 Florence Gillam Hobin was born on Sept. 3, 1924, in Douglas, Ariz., on the border of Mexico, and raised in Santa Fe, N.M., and Lawton, Okla. Her mother, Grace (Gillam) Hobin, was a legal secretary; her father, Warner, was not a part of Florence’s life from the time she was young.

Florence’s operatic soprano helped her earn a scholarship to Oklahoma City University after a music professor heard her sing with her high school orchestra. Before she graduated in 1945 with a bachelor’s degree in voice, her plans to perform on Broadway were derailed by an infection in her throat that damaged her larynx.

Recalling the critical moment for The Oklahoman in 2015, she said that she tearfully told her teacher, Inez Silberg, who advised her, “You cannot sing now, maybe, but you can certainly talk.” She suggested that Florence teach, and sent her three students.

“Each one of them was terribly lost in one way or another,” Professor Birdwell said. “And what I learned was warmth and caring and love. And it stayed with me all my teaching life.”

One of those students was Barbara Fox (now Barbara DeMaio), an opera singer who, at 19, was in an emotional spiral: She had been sexually assaulted, and her father had recently died. When her voice teacher threw her out of her studio, her music theory teacher suggested that she study with Professor Birdwell — who, she recalled, later told her, “‘I couldn’t believe they were so willing to throw out the talent I saw in you.’”

“And she made me go to therapy,” Ms. DeMaio said by phone. “She took me by the nape of the neck and said, ‘I will not let you waste this talent.’”

Ms. DeMaio went on to perform widely in Europe is now a professor of voice at the University of Central Oklahoma and the executive director of the Painted Sky Opera company, based outside Oklahoma City in Edmond.

“When I say that Florence Birdwell saved my life,” she said, “I’m not exaggerating.”

In 1985 Professor Birdwell received the Governor’s Arts Award, the State of Oklahoma’s highest arts honor. She was inducted into the Oklahoma Higher Education Heritage Society’s Hall of Fame in 2012.

And in the late 1950s she recovered her voice, if at a slightly lower register, and performed regularly, most notably in an annual one-woman show in Oklahoma City during the 1980s and ’90s, in which she sang music from various genres and recited poetry and short stories.

“People have so much inside of them that just has to come out,” she told The Oklahoman in 1990 before her 11th annual show. “This is my coming-out party.”

In addition to her son Brian, Professor Birdwell is survived by her daughter, Robyn Birdwell; seven grandchildren; and one great-grandson. Another son, Todd, died in 1980, and her husband, Robert, died in 2013.

“She ripped me down, she tore me apart,” she told The Oklahoman in a video interview in 2015. “She built me back up, and every single bit of it seemed to be the path that I was supposed to be on. It never scared me. It just made me feel right.”