Home » Entertainment » For Journalists, Covering the Shutdown Is Business as Usual (Kind Of)

For Journalists, Covering the Shutdown Is Business as Usual (Kind Of) 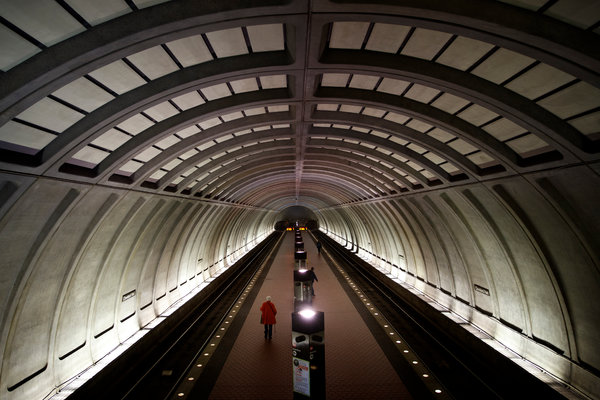 WASHINGTON — I had a flight to Palm Beach booked for the day after Christmas. President Trump was scheduled to spend 16 days at his Florida club, Mar-a-Lago, over the holidays, and our White House team had divided up the hardship assignment, with most of us taking three-day shifts in the sun. (Last year on the gig, Michael S. Schmidt scored an unplanned interview with the President.)

Destination Mar-a-Lago was a big reason many people close to the president predicted, at first, that the shutdown might be short-lived. Unaccustomed to spending winter weekends in Washington, the president would be eager to resume his more familiar, golf-all-afternoon routine, his friends and allies said. He wouldn’t let the fight with Congress over a border wall ruin that.

One of the biggest changes of covering Mr. Trump’s West Wing during the shutdown, now on its 34th day, is that he is here, almost all of the time. It’s become a point of pride for Mr. Trump: that he is waiting patiently in the White House — “I am all alone (poor me) in the White House,” he wrote on Twitter over the holidays — for Democrats to come back to the table and make him a deal, i.e., fund his border wall.

But aside from Mr. Trump’s physical presence in Washington, there are fewer changes than one might think on the White House beat.

Mr. Trump’s days are filled, sort of, with meetings with his vice president or a cabinet secretary, maybe an afternoon briefing on border security, or a meeting with lawmakers from the Hill. (Chuck Schumer and Nancy Pelosi, however, haven’t come over since Jan. 9, when they said that Mr. Trump stormed out after declaring their meeting a “total waste of time.”)

But the schedule is always light. Mr. Trump’s day, almost every day, starts with three hours of unstructured and unexplained “executive time,” which in the mornings often means he hasn’t left the residence. If you track his morning tweets with the cable chyrons (the text at the bottom of the screen during broadcasts), what it often means is that he is taking in the morning shows. The first meeting on his private schedule rarely occurs before 11 a.m.

There have been no briefings from the press secretary during the shutdown, but that’s not new either — those have been quietly phased out since last September.

The White House had no clear domestic policy agenda before the shutdown. There is little other work going on inside the building these days, but it’s not clear what short-term projects senior staff members have been diverted from.

The whole city is quieter. You can always get a seat on the Metro. Traffic is light. The Eisenhower Executive Office Building, where overflow staff and other departments work from, has become a ghost town of empty offices. But the West Wing is still buzzing with its typical antagonistic energy.

All of the senior White House officials who have become household names are still working. Many of them want the shutdown to end. Some of them are bored. When you visit their offices, they’ll tell you they’re not worried about their own missed paychecks, but many of them will admit they are annoyed that there are empty chairs where their assistants usually sit.

Twitter also still works during the shutdown. And Mr. Trump’s thumbs have been as quick as ever when he sees an opportunity to belittle the press or amplify what looks like a brewing culture war. He relished a statement from the special counsel’s office that disputed a report that he had directed Michael D. Cohen, his longtime lawyer and fixer, to lie to Congress about his role in negotiations to build a Trump skyscraper in Moscow.

And he was quick to take sides in a race-driven controversy, declaring that the white, male students from Covington Catholic High School had become “symbols of Fake News and how evil it can be” after a viral video captured them in a standoff with a Native American man at the March for Life in Washington, D.C.

Some parts of my job have become more frustrating. “Communications with the media will be limited to events and issues involving the safety of human life or the protection of property, or those determined to be essential to national security,” was an automatic email response I got recently from a spokeswoman at the State Department. I had contacted her to obtain public information that was supposed to have been published online but that has not been, because of the shutdown. The White House has also stopped distributing guidance for the week ahead. Now, we find out the night before what’s on the president’s agenda for the next day.

On Tuesday, I spoke with someone intimately involved in the shutdown discussions. The person assured me that Mr. Trump was never, ever going to cave on the wall, and that there has been a silver lining to the shutdown, even as 800,000 federal workers are missing their second paycheck. This person said the shutdown has been an opportunity to make a national case about border security.

It sounds like pure spin, but there’s something to that. In a White House where every major development is supplanted before its significance can be fully digested, the shutdown has overshadowed many things. James Mattis, the defense secretary, resigned over what he considered a rash decision to pull troops out of Syria. The Trump Foundation was forced to close amid allegations that the family was using it for personal benefit. The stock market lost more in a month than it had since the Great Depression. Meanwhile, the shutdown has turned the White House into a one-issue building, and its reporters into a one-story crowd.

Annie Karni is a White House correspondent. She previously covered the White House and Hillary Clinton’s 2016 presidential campaign for Politico, and spent a decade reporting on local news and politics in New York City. @AnnieKarni