Home » Forever Entertainment Announces 'The House Of the Dead: Remake' for Nintendo Switch

Forever Entertainment Announces 'The House Of the Dead: Remake' for Nintendo Switch 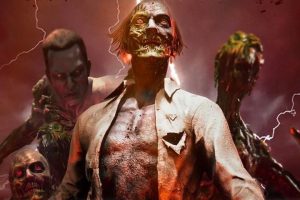 At Nintendo‘s recent Indie World Showcase livestream, the Polish game developer and developer MegaPixel revealed an announcement trailer for The House of the Dead: Remake. The faithful recreation shares familiar game mechanics and new graphics that capture the suspense of the original title for the new age of gaming. The end of the preview features a meeting with Dr. Daniel Curien, the genetic engineer and former research director of the DBR Corporation who serves as the main antagonist of The House of the Dead.

Catch the announcement trailer for The House of the Dead: Remake above and expect a full trailer to be released in the coming months.