Home » Entertainment » Former ‘Real Housewives of Beverly Hills’ Stars: Where Are They Now?

Former ‘Real Housewives of Beverly Hills’ Stars: Where Are They Now? 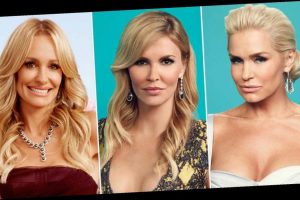 It turns out some diamonds aren’t forever! While some Real Housewives of Beverly Hills stars have been a part of the Bravo hit since season 1 (looking at you, Kyle Richards), others have exited the series and moved on.

Over the years, the cast has seen plenty of shake-ups, most notably Vanderpump’s dramatic exit in June 2019. Us Weekly exclusively confirmed at the time that the restaurateur was not returning to the reality series after nine seasons.

“I made the decision to leave. It was a very difficult year for me, personally and professionally,” she told Us shortly after she skipped the season 9 reunion taping. “I had wonderful things happen this year, opening up TomTom and the cocktail garden in Vegas. The Housewives, it’s just, it’s emotionally too difficult to deal with.”

Speculation that Vanderpump was exiting the Bravo series began brewing in November 2018 amid rumors that she wasn’t getting along with her costars. When Denise Richards — who joined the show for season 9 in 2019 — was having trouble with Brandi Glanville and other cast members, Vanderpump showed the actress support.

“I hear Denise has been having a really rough time, and I always had a great connection with her,” the Dancing With the Stars alum told Entertainment Tonight in August 2020. “We have a lot in common, you know, in terms of having adopted children and [being] a huge dog lover. I mean, I would love to speak to her at some point. I hear that she’s had a really rough time on [the show].”

Denise’s rep confirmed the next month that she would not be returning to RHOBH for its 11th season amid her messy feud with Glanville, who claimed that the two women hooked up. The Wild Things star, however, repeatedly denied rumors that she cheated on husband Aaron Phypers. Before officially stepping away from the show, Denise hinted in an interview with The Washington Post that she was weighing her options.

“I actually had so much fun my first season, and I formed genuine friendships. This season was very different,” she said in July 2020. “But I would never say I regret anything. I just roll with the punches.”

Scroll through for an update on where the women who left the show are now.