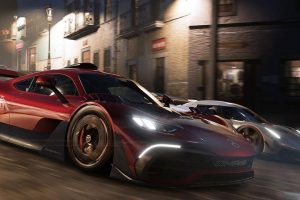 Just days after the launch of Forza Horizon 5, the game has already become the largest ever release for Xbox Game Studios.

Taking to Twitter to celebrate the game’s massive success, Xbox head Phil Spencer revealed that Forza Horizon 5 has amassed more than 4.5 million players across Xbox, cloud and PC in just four days since launch, becoming the largest launch day title for the company’s own studio. Aside from attracting buyers, the game also boasts more than three times the number of concurrent players than Forza Horizon 4 even at its highest point.

While the game’s next-generation graphics, vibrant locations and massive roster of vehicles no doubt play a key role in the success of Forza Horizon 5, it’s also important to note its availability on Xbox Game Pass, a service which has seen a great surge in popularity over the past year. According to research from Windows Central, the program reached 25 to 30 million subscribers as of October.

For those interested, Forza Horizon 5 is now available for Xbox Series X/S, Xbox One and PC.