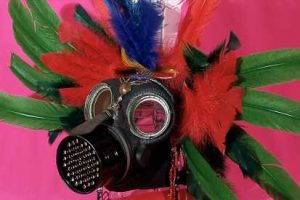 Two major foundations have joined forces to make unrestricted cash grants to artists of Latin American or Caribbean descent born or living in the United States.

The venture, the Latinx Artist Fellowships, is backed by the Andrew W. Mellon Foundation and the Ford Foundation, and aims to redress imbalances in national funding patterns while highlighting the range of these artists’ work and its cultural contribution.

The first 15 fellows, announced Monday, will each receive $50,000. Over five years, 75 artists will receive $3.75 million, with further support planned for museums and academic projects.

The fellows include artists at different stages in their career, from the 84-year-old Celia Álvarez Muñoz to established figures like Coco Fusco and Elia Alba, midcareer artists like Carolina Caycedo and rafa esparza, and younger artists like Carlos Martiel.

“There is an urgent need to immediately support artists as they continue to work and contribute to our society,” Cullen-Morales said. Aranda-Alvarado added: “We feel that by uplifting artists and their work we can help shift the landscape.”

Support to Latino artists suffers from a double deficit, they said. General philanthropic support to Latino recipients is small relative to their share of the population, they said, and within this, arts-focused funding is also limited. According to Hispanics in Philanthropy, an advocacy group, Latino arts and culture grants declined from $40.2 million in 2013 to $13.4 million in 2019.

In the art world, meanwhile, Latino artists in the United States are often grouped with artists based in Latin America, decreasing the opportunities to express the U.S. Latino experience.

“This community of artists tends to fall betwixt and between,” said Adriana Zavala, an associate professor at Tufts University who directs the US Latinx Art Forum, the organization that is administering the grant program.

In a phone interview, Maravilla said he would use the grant to hire a studio assistant for the first time. “An award like this is really empowering to artists,” he said. “The money’s going to go fast, but it’s going to allow me to flourish, to take a giant leap forward.”