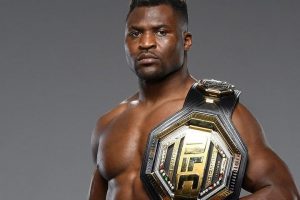 Francis Ngannou has just announced on Twitter that he will be taking half his purse for UFC 270 in the form of Bitcoin.

“The Predator” is set to face off against his former teammate Ciryl Gane where — through Cash App — it is reported that he is guaranteed roughly a base pay of $750,000 USD. “Bitcoin is the future and I’m a believer,” said the Cameroonian.

It hasn’t been revealed how much Cash App is paying for this endorsement but Ngannou will be giving away the $300,000 USD of BTC to his fans as an act to, “make Bitcoin more accessible.”

In other cryptocurrency news, Spain is regulating how influencers can promote Cryptocurrency.
Source: Read Full Article