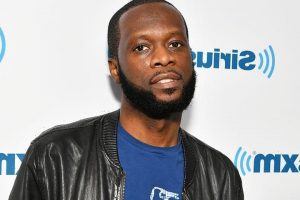 The reason for the cancelation of Fugees‘ highly-anticipated reunion tour may not have been due to health and safety concerns, but rather the legal troubles Pras Michel is facing for his alleged involvement with the notorious 1 Malaysia Development Berhad (1MDB) scandal.

According to Puck.News, the 49-year-old artist has been banned by the Justice Department from leaving the United States and the “Fugees tour was eventually postponed after quiet negotiations over his bail conditions broke down.” Michel is currently facing up to 20 years in prison if convicted and is due back in a Washington, D.C. court on November 4.

Michel was supposedly paid a minimum of $8 million USD for his work with fugitive businessman Low Taek Jho, who allegedly siphoned $4.5 million USD from 1 Malaysia Development Berhad, the country’s sovereign wealth fund, to his personal accounts. The artist was accused of purposefully not registering under the Foreign Agents Registration Act, along with trying to gain leverage across Barack Obama and Donald Trump’s presidential terms by sending millions of dollars to the 2012 Obama campaign via straw donors and lobbying for Trump to send Guo Wengui, the exiled Chinese businessman, back to China. Michel was also reportedly offered another $75 million USD if he managed to put a stop to the Department of Justice’s investigation into the 1MDB scandal.