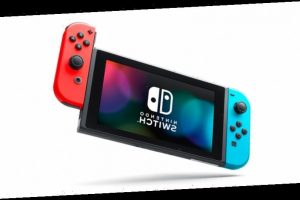 Following its billion-dollar acquisition of Crunchyroll, Sony‘s Funimation has now announced the launch of its Nintendo Switch anime streaming app.

Continuing to serve the latest and greatest in anime, the new app currently exclusive to the Nintendo console offers yet another entertainment experience. Funimation is now the first company to have a dedicated app for streaming anime on a console. Only available on the Nintendo Switch at the moment, Funimation is expected to roll out the app for Sony PlayStation 5 and Microsoft Xbox Series X in the coming weeks.

Take a look at the anime streaming app now available on the Nintendo eShop above and head over to Funimation’s website to learn more.

END_OF_DOCUMENT_TOKEN_TO_BE_REPLACED

END_OF_DOCUMENT_TOKEN_TO_BE_REPLACED
We and our partners use cookies on this site to improve our service, perform analytics, personalize advertising, measure advertising performance, and remember website preferences.Ok