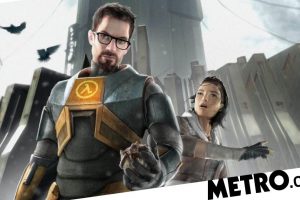 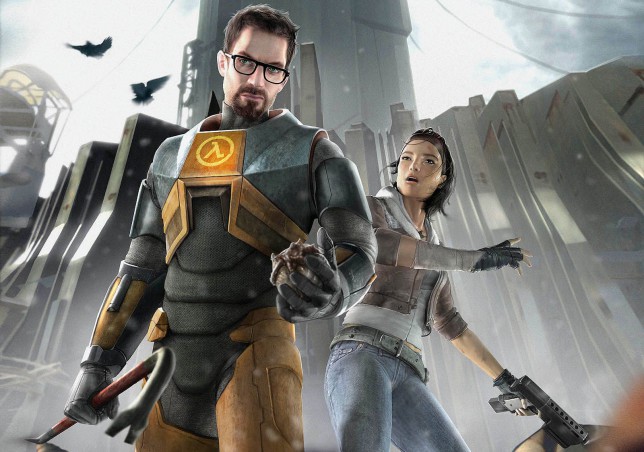 The Thursday letters page thinks Xbox should be allowed to make Call Of Duty an exclusive, as one reader struggles through Resident Evil 6.

No answer
With people starting to think about The Game Awards this year, and what new games might be announced, the one that popped into my head was the one I can guarantee they’ll never announce: Half-Life 3.

But why? Why is Valve like this? I know there’s no point asking that question because people have been asking it for decades at this point, but it just defies all sense. Valve are the sort of people that make Nintendo look open, friendly, and predictable. But I have no idea why.

Gabe Newell does interviews and stuff, so it’s not like they’re ultra secretive like Rockstar, they just… don’t care? I thought they were maybe building up to something with Half-Life: Alyx, which I haven’t played because it needs VR but which I understand does reset the end of the story so far, so that continuing with Half-Life 3 wouldn’t be so complicated to get into, but after that… nothing.

I ask the question will there ever be a Half-Life 3, but you’d have to say that based on the probability the answer is, sadly, no!
Keef

Last gen sequel
I’m what I assume to be about half way through God Of War Ragnarök and I’m not really feeling it. It all looks pretty and works well but I just feel like I’ve seen it all before, and I don’t just mean the last game.

There’s something about it all that feels very old-fashioned, like you can tell the levels were designed for the PlayStation 4 and that’s why they’re so small and constrained.

But I don’t really understand that because the PlayStation 4 version was quite a late reveal. I thought Sony was implying at the time that they only decided on it being cross-gen at the last minute, because of the PlayStation 5 stock problems. But that can’t be right, surely?

I’m sure they’ll never say for sure but whatever’s going on I’m less interested in playing the game than I am in seeing a true next gen sequel.
Rygar

Forced to innovate
Yeah, there is no way that Microsoft bought Activision Blizzard just for Candy Crush. I’d half believe it if they’d been saying it from the start but only now, when things are getting dicey as to whether the acquisition will be allowed? Nah.

That said, I don’t care if Microsoft did buy them to make Call Of Duty exclusive. Why shouldn’t they? It’s their money their wasting. I’d welcome it becoming exclusive because then Sony would be forced to make a competitor and they might come up with something better.

Any excuse to force these companies into actually doing something new. Of course, I’m saying that as someone that doesn’t really care that much about Call Of Duty but even so, that’s my opinion.
Wrelims

Relaxing battle
Have been absolutely loving Bayonetta 3 and just beat her last night. Amazing all the way up to the end, and beyond actually. My absolute favourite bit was the boss battle with Madama Butterfly flicking bubble bath at a giant monkey homunculus as they both floated in the clouds. And yes, that’s an actual thing that really happens.

The level of imagination and couldn’t give a fig-ness about this game is off the scale and I love it. It hasn’t been much of a hit, as you’d expect, but kudos to Nintendo for funding it anyway, because I’m sure they knew that would happen.

I haven’t played Elden Ring yet, so it’s definitely my game of the year. I’m sure it won’t win that either, except in my head.
Skeletor

GC: That bit is great. The monkey is a reference to the Monkey King out of Journey to the West.

One and only
RE: Cubby and not replaying games. I’m exactly the same. I’ll play something once and no matter how excellent it is, I like to leave the experience there as I’m worried the second time won’t be as memorable.

Elden Ring is a great example. I also pumped 250 hours into a playthrough and did intend to replay it BUT actually, for now at least, I am happy with one amazing experience.

It’s the same as reading books. Even my favourites I think I’ve only read once. Some films I have seen multiple times but often just because they’re on TV and I kind of passively consume.

It’s an interesting one for sure though!
Tom

Award predictions
Beginning to start wondering what might be at The Game Awards next month, since we’re less than a month away now. I’m not a fan of it, but it’s basically turned into what E3 used to be in terms of the number of announcements, just sleezier and like one giant ad within an ad. But hey, that’s progress for you.

I’m really hoping for news on Elden Ring DLC, but I’m not sure how likely that is because it hasn’t been hinted at or leaked yet. Star Wars Jedi: Survivor would be great, and I think very likely. Hopefully that Transformers game as well.

I think there’s a reasonable chance of Zelda: Tears Of The Kingdom but I don’t know if Sony or Microsoft would show off anything big. Microsoft did unveil the Xbox Series X there so I guess there’s a good chance of Fable or something. Sony though, they’ve somehow become less predictable than Nintendo lately.

Konami still seem to have a lot of secrets, so maybe a new Castlevania too? We’ll never get all of that but I’m hopefully we’ll get one or two at least, because at the moment 2023 is looking pretty empty once you get past February.
Kilo

Bad name
Interesting that the God Of War developer is working on so many different projects. Even if you assume one is God Of War 3 and one is a live service game that’s still at last one brand new, potentially interesting things.

I know it’s not really important but I do wish Sony would give their studios proper names. Santa Monica Studio should be up there with Naughty Dog but nobody ever remember their name. Although I guess it’s better than the Japanese one, which was called… Japan Studio.
Kroppy

An afterthought
With all the talk about review scores last week, I felt like throwing in my twopence: due to the poison that is social media, everything is now either the best thing ever or so bad that you might as well commit seppuku for being involved in its production.

There is no nuance, no in between, and if you deviate from the in-group’s opinion then you are worse than Joseph Stalin.

Anyway, earlier this year I was playing Resident Evil 6. Unfortunately my graphics card, and then motherboard, died, so it took me a long time to get back to it. Now having finished it I can say that I am absolutely amazed… at how bad it is.

I know that a lot of people claim that the story is not important, but it really is. Without the story, you don’t even have the design on the play area (e.g. the mansion), you don’t have enemies. The story, the narrative, is an important part of the game. All those parts feed into each other.

But in Resident Evil 6 it really feels like an afterthought. In order to understand what’s going on, you have to shoot easily missable collectibles. That’s a big deviation from all the previous games, where you could pick up notes, which would also point you towards puzzle solutions, a deviation from good design. Though, this one barely has any puzzles anyway.

The enemies are largely annoying bullet sponges that don’t react to being shot. Narratively they are unconvincing, too. ‘Yeah, I will intentionally infect myself with this thing in order to become an insect in order to fight for my country.’

The new characters were poorly developed, Jake’s importance was pretty nonsensical, as were the villain’s motivations (unless, of course, you happen to shoot the correct collectibles, then you can read about them in a hidden menu).

Ada’s campaign felt tacked on because of how (mercifully) short it was, though it featured one of the only puzzles in the game (seriously, there were only about three of them).

It was not scary, threw out everything that was good about the earlier games in favour of chasing the Call Of Duty audience (who would be playing Call Of Duty instead of this) and was basically just a frustrating, boring slog.

Thanks, I hate it.
Joseph Dowland
Currently playing: No Man’s Sky (Switch) and Ys Seven (PC)

Inbox also-rans
Why is Tekken on sequel number 8 but Street Fighter is only on 6? They really must’ve been cranking those Tekken games out back in the day, but I’ll be honest I don’t really remember numbers 4 through 6.
Teebo

Happy birthday for Wednesday, Shigeru Miyamoto! You made some of my favourite games/things/anythings ever and I’m going to be gutted when your time is up.
Apococat

This week’s Hot Topic
The subject for this weekend’s Inbox was inspired by reader Neil Down, who asks what you think of review scores and the current state of video game criticism.

Do you want reviews to be accompanied by a score and if so what’s your preferred scale in terms of how many it’s out of? Are there any particular sites, including this one, that you think could do things differently and what do you think of those that don’t have a score at all?

Is there anything you’d change about how we or others go about reviews (other than the timing, there’s nothing anyone can do about that) and do you think the overall standard of reviews today is better or worse than it used to be? What do you think of aggregate sites like Metacritic and do you use them?