'GameStop: Rise of the Players' Documents the r/WallStreetBets GME Revolution 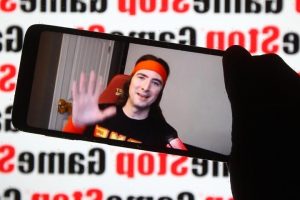 2021 was no doubt a very interesting year for a variety of reasons, but one of the highlights for those in the finance or gaming spheres was the GameStop r/WallStreetBets saga. Whether you see it as retail investors bringing the fight to Wall Street or a more simple pump and dump scheme from a select group of Reddit users, the entire story is still phenomenally captivating, and now there’s a documentary about it you can watch.

Titled GameStop: Rise of the Players, the new documentary is directed by Jonah Tulis and produced by Blake J. Harris, the same team behind Console Wars. The trailer (featured above) shows exclusive access to some of the key players in the saga and of course, also features the movement’s founder Keith “Roaring Kitty” Gill. “Spotlighting the human side of a sensational business drama, GameStop: Rise of the Players is a David vs Goliath tale about ordinary people waking up to the power they have in numbers,” the synopsis states.

For those interested, GameStop: Rise of the Players will hit theaters on January 28.

In other related news, major cryptocurrencies have all fallen sharply this week.
Source: Read Full Article