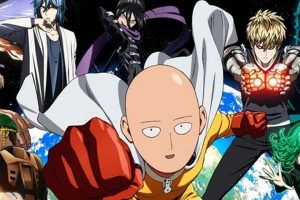 After seven long years, the Garou Arc from One-Punch Man‘s The Human Monster Saga has concluded. Garou, the former disciple of Bang was first introduced alongside the Monster Association where he received the name “Hero Hunter” due to his targeting of heroes.

Wrapping up in a massive battle with Saitama — where a fully-monsterized Garou levels up to GOD threat — the two participate in a fight that transcends time and space. While the arc has finished, fans of the manga will still get to learn the fate of Garou as Yusuke Murata revealed that the next chapter will explore the aftermath in the wake of Orochi and Garou.

While it is a little bittersweet to be seeing the end of such a long arc, One-Punch Man readers are most likely ready to learn of the new heroes and enemies teased during the saga.