Gary Clark Jr. was born in the wrong era. In the 1960s or ’70s, he could easily have forged a career as a first-rank guitar hero: a Texan blues-rocker who can step on any stage and bring the place down with a searing guitar solo.

Prospects are different in the 21st century. The idea of a guitar hero was thoroughly undermined by punk and then pushed aside by increasingly computerized pop, dance music and hip-hop. For decades, vintage-style blues and the flesh-on-strings virtuosity it requires have been shunted toward nostalgia, preservationism and the die-hard realms of Americana. In 2019, Clark is an exceedingly rare figure, a bluesman who has a major-label recording contract and a worldwide audience, one he has built by tearing up stage after stage, show after show. While his songwriting has lagged behind his performing, he’s well aware of his strengths; he has alternated studio albums with live ones.

On “This Land,” his third major-label studio album, his songwriting has caught up with his playing. It has something to do with experience; now 35, Clark has been performing since his teens. It has something to do with the power of contrariness: that is, Clark’s determination to deliver the raw, analog, spontaneous opposite of crisply quantized digital content. And it has a lot to do with America in 2019, where division, frustration and seething anger can use an outlet with the historical resonance and emotional depth of the blues.

The title song of “This Land,” which also opens the album, has the singer settling in on his new 50-acre ranch “in the middle of Trump country,” facing hostile, racist neighbors who want him to “go back where you came from.” He snarls right back: “I’m America’s son. This is where I come from.” The music isn’t typical blues. It’s a reggae vamp pumped up to rock volume, with blues licks spiraling between the vocal lines. Clark claims what he has earned: righteous, defensive and stand-your-ground belligerent.

The sound of the album conjures the impact of Clark’s live band. It’s dense, sweaty, overdriven, bristling and unkempt, full of live-wire loose ends. It’s also, in most songs, a studio illusion. Clark produced the album along with Jacob Sciba, his engineer turned co-producer. And the credits of most songs reveal that Clark not only sings and plays guitar, as he does onstage, but also supplies keyboards and programming, abetted by a drummer and a bassist. His songwriting dips into funk, R&B, reggae, metal, arena-rock and hip-hop, and he often embeds song samples and drum-machine sounds in his mixes. Clark hasn’t tried to dwell in any purist blues past. 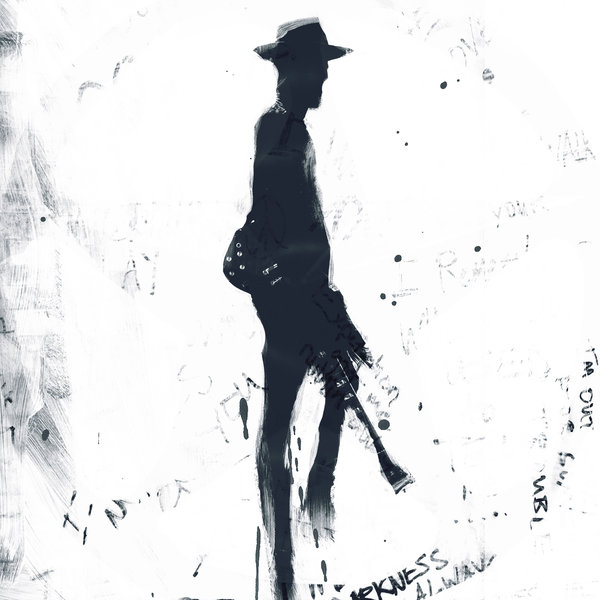 He doesn’t hide his musical models. He harks back to foot-stomping country blues in “The Governor,” a sardonic take on the justice system, and in the lovelorn “Dirty Dishes Blues,” proving his command of blues essentials. He forges direct links from the Ramones to Chuck Berry to the Rolling Stones in “Gotta Get Into Something,” a burst of insomniac adrenaline. His falsetto vocals in “Feed the Babies” and “Pearl Cadillac” echo Curtis Mayfield and Prince, as he sings about parental responsibility and about his own gratitude to his mother. “I Got My Eyes on You” emerges from a roiling caldron of organ and guitar, like early Santana, to pledge unswerving love. And “Feelin’ like a Million,” which follows its opening lines — “Friday night and I just got paid/I’m out looking for some trouble” — toward an ill-advised fling, turbocharges a reggae beat with stabs of distorted guitar and flickers of trap high-hats.

Yet each stylistic choice draws on the spirit of the blues: its strength and tribulation, its defiance and self-questioning, its cantankerousness and pain. “Don’t Wait Til Tomorrow” is a remorseful R&B ballad: a denial of infidelity that leads to a confession and a plea to stay together that comes to realize it’s too late. Latin percussion and a string arrangement pull it back toward the 1970s; power chords reinforce its desperate chorus, and Clark plays only a brief, unflashy guitar solo, a futile appeal. The track is at once classic and contemporary; it’s laced with a pitched-up sample of the words “Baby please!” That sample, however, comes from the Mississippi bluesman Elmore James. It’s one more way Clark insists that the past has everything to do with the present.