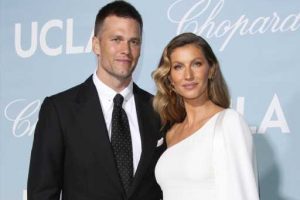 Gisele Bündchen has been using a variety of magical methods to work through her marital issues with Tom Brady, from cleansing her car with sage to “taking her energy back” from the NFL star. But it turns out that the supermodel is also using very relatable, mundane methods to work through it all as well: leaning on her family, namely her sisters, for support.

While the supermodel is reportedly “going through a lot right now,” her five sisters, particularly her fraternal twin sister Patricia, have helped keep Bündchen grounded throughout all of the chaos. “Gisele has been spending a ton of time connecting with family, exercising, meditating, and spending time with her kids,” an insider told HollywoodLife.

“Gisele is incredibly close with her sisters, particularly her twin sister Pati, who she’s been able to open up to about all of this. Gisele feels a special bond with Pati and they communicate multiple times a day,” continued the source. “Not only because Pati is her spokesperson and manager, but as her sister, so they always know what’s going on in each other’s lives.”

“Gisele feels so grateful and blessed to have her sisters in her life because these are the times they show just how much they care,” the insider added, referring to Gisele’s four other sisters: Gabriela, Rafaela, Graziela and Raquel. “Gisele is going through a lot right now and they’ve absolutely been there for her in every way. Gisele doesn’t know what she’d do without her sisters. They mean everything to her.”

Between Gisele’s subtle Instagram comments to Brady’s friends’ comments about his inability to retire form the NFL to focus on his marriage and family, it’s good to know that Bündchen has a solid family support system.

Before you go, click here for all the celebrity splits and divorces we never saw coming. 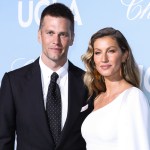