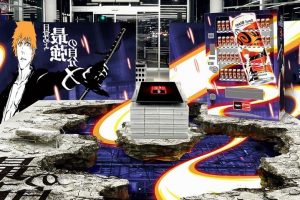 Billed as “Action Flavored,” the latest addition to the Coca-Cola Zero Sugar lineup is said to help you “become the strongest version of yourself possible.” While leaving the actual taste of the beverage a mystery, Coca-Cola Japan does invite fans to “Taste the action.”

Coca-Cola Zero Sugar Bleach Soul Blast will be available officially throughout Japan October 10, one day before the debut of Bleach: Thousand-Year Blood War anime. Look out for stateside imports to follow in the coming weeks.