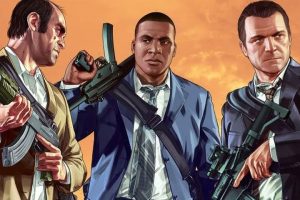 A leaker has shared that the protagonists of Grand Theft Auto VI could be a brother and sister duo.

In translated tweets shared by @Matheusvictorbr on Twitter, the rumor states that the brother and sister duo were separated after their parents were killed during the prologue, which is set in 2003. The game will also supposedly feature destructive environments and a changing map based on the course of the story. Finally, the leaker states that Rockstar Games will begin marketing the game soon as it prepares GTA VI for a 2024 release date.

In early February, Rockstar Games confirmed that the next title in the GTA franchise is finally in development. “With every new project we embark on, our goal is always to significantly move beyond what we have previously delivered—and we are pleased to confirm that active development for the next entry in the Grand Theft Auto series is well underway”, the video game company wrote in its most recent online news release. “We look forward to sharing more as soon as we are ready, so please stay tuned to the Rockstar Newswire for official details.”

Check out the tweets below and stay tuned for official information.