Gregory Sierra, Actor Known for His Sitcom Work, Dies at 83 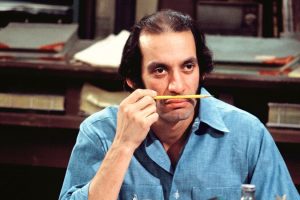 Gregory Sierra, a character actor who navigated easily between comedy and drama but was best known for his supporting roles on the sitcoms “Sanford and Son” and “Barney Miller,” died on Jan. 4 at his home in Laguna Woods, Calif. He was 83.

His wife, Helene Sierra, said the cause was stomach and liver cancer.

Lanky and balding, Mr. Sierra started out in Hollywood in the late 1960s and early ’70s taking modest parts — including on the sitcom “The Flying Nun” and the secret agent series “Mission Impossible,” as well in as the 1970 film sequel “Beneath the Planet of the Apes.”

With his Puerto Rican background, Mr. Sierra was often cast in ethnic roles, including Latinos, Italians and Native Americans.

In 1972, during its second season, he joined the cast of “Sanford and Son,” one of Norman Lear’s many groundbreaking sitcoms, in the recurring role of Julio Fuentes, a junk dealer who lived next door to Fred Sanford (Redd Foxx), who also had a junkyard with his son, Lamont (Demond Wilson), in the Watts neighborhood of Los Angeles. He stayed until 1975.

Julio tried hard to befriend Fred but was the frequent target of his insults.

“Why don’t you go do some work in your yard,” Fred tells Julio in one episode. “Go take a bath. Go milk your goat.”

“I did that all this morning,” Julio says.

“Why don’t you go back to Puerto Rico?” Fred says.

“I come from New York City and I can live in any of the 50 states I want,” Julio answers.

“Why don’t you try Alaska?” Fred responds. “That’s a state.”

Mr. Sierra left “Sanford and Son” to become a member of the original cast of “Barney Miller,” the Emmy Award-winning sitcom starring Hal Linden set in a police precinct in Greenwich Village. As Detective Sgt. Chano Amenguale, Mr. Sierra earned particular praise for a 1975 episode which he was emotionally devastated and nearly broke down after killing two gunmen.

After two seasons, he left “Sanford and Son” when he was cast as the star of an ensemble comedy, “A.E.S. Hudson Street,” about an emergency service hospital in Manhattan. He played a doctor in the series, which made its debut in 1978.

In his review, The New York Times’s television critic John J. O’Connor described “A.E.S. Hudson Street” as “silly, often downright stupid and occasionally insultingly tasteless.” But, he added, “With Mr. Sierra around to hold the absurdities together, it should not be written off to quickly.”

ABC canceled it after five episodes. 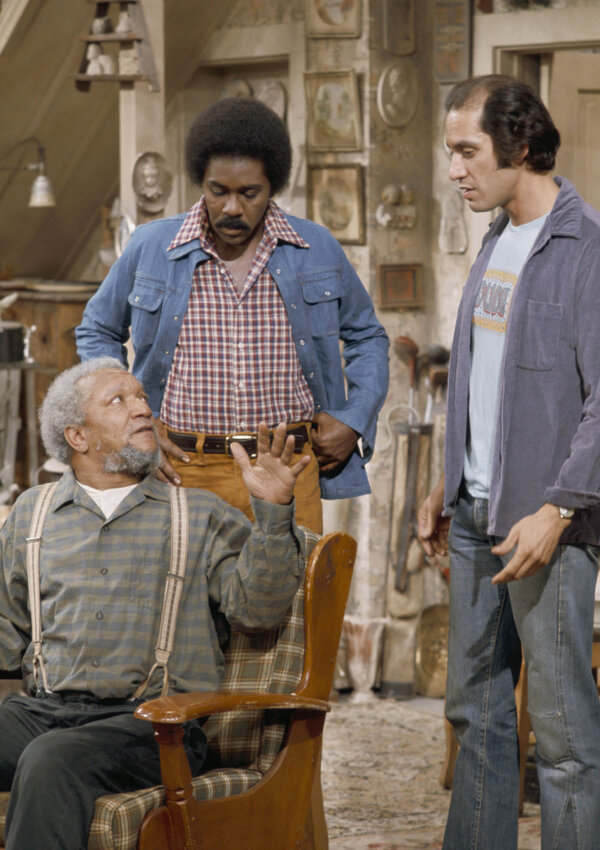 Mr. Sierra was also part of the original cast of “Miami Vice” in 1984, as the commanding officer of the detectives played by Philip Michael Thomas and Don Johnson. But he left after four episodes; his character was assassinated after he decided to leave the series. “He did not like Miami and some of the people he worked with,” his wife said by phone. “He gave up a lot to leave the show.”

Gregory Joseph Sierra was born on Jan. 25, 1937, in Manhattan and grew up in Spanish Harlem. His parents abandoned him when he was young, and he was raised by an aunt.

In addition to his wife, Mr. Sierra is survived by his stepdaughters, Kelly and Jill, and a step-granddaughter. His first two marriages ended in divorce.

After serving in the Air Force, Mr. Sierra went with a friend to an acting school audition in Manhattan. Mr. Sierra was not there for the audition, but after performing an improvisation with his friend, it was he and not his friend who got into the school.

He later toured with the National Shakespeare Company and appeared as the King of Austria in “King John” at the New York Shakespeare Festival (now Shakespeare in the Park) in 1967.

He moved to Los Angeles in the late 1960s and maintained a prolific acting pace for 30 years, largely in supporting roles.

One of his most riveting characters appeared in a 1973 episode of “All in the Family.” His character, Paul Benjamin, was a Jewish vigilante who tried to protect the home of Archie Bunker (Carroll O’Connor), whose front door has been covered with a swastika. Mr. Sierra infused the character with humor and self-assurance.

Believing that the ignorant, bigoted Archie has been the victim of anti-Semitism, Paul tells him — to his confusion and consternation — “You sure don’t look Jewish.”

“Well there’s a good reason for that,” Archie says. “I ain’t Jewish.”

The swastika, it turns out, was meant for a Jewish neighbor with a similar address. Moments after Paul leaves the Bunkers’ house, he is killed by a car bomb.

Mr. Sierra’s most recent credited role was as a screenwriter in “The Other Side of the Wind” (2018), Orson Welles’s long-delayed movie about a movie director (John Huston), which was filmed in the 1970s but not released until 2018.

In 2009, Mr. Sierra returned to the stage after 40 years as a British police officer in a production of “See How They Run” at the theater at Laguna Woods Village, the retirement community where he lived.

“He hadn’t been onstage for a very long time, so he was a little nervous,” John Perak, who directed Mr. Sierra in that production, said by phone. “I said, ‘Greg, don’t be afraid, it’s not a big deal.’ He came prepared and did very well.”