Grimes arrived at the Met Gala on Monday in a futuristic get-up accessorized with a sword … made out of an AR-15.

The singer wore a “Dune” inspired ensemble designed by Iris van Herpen, including a custom Bene Gesserit-style gown that van Herpen spent “over 900 hours perfecting,” according to Vogue, as well as a mask by Chris Habana and a literal sword. 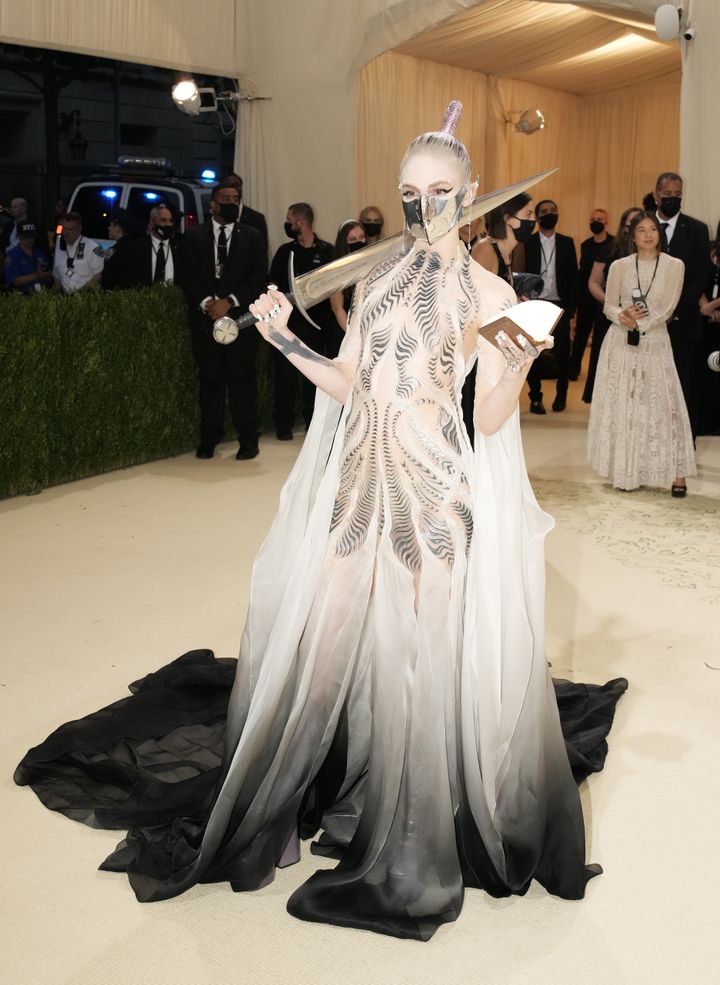 Lest you think the sword isn’t on par with the theme, “In America: A Lexicon of Fashion,” it’s arguably the most American accessory to have graced this year’s carpet.

Although it’s “based on a western European sword from the end of the Middle Ages around 1400,” the sword was cast from a Colt AR-15A3 and will remain part of the Met’s permanent collection, Grimes told Vogue.

The accessory was created by the Brooklyn, New York-based company MSCHF, which melts down firearms and turns them into swords.

“It’s from these people who are getting people’s [guns] who don’t want to have their automatic rifles anymore, and are melting them down and making them perfect replicas of medieval swords, which I think is just so cool — I think it’s a beautiful thing,” Grimes told the magazine.

Considering America’s horrific history with gun violence, many people on Twitter agreed that the accessory was on theme after all: