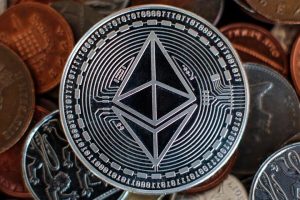 The crypto hacker who recently stole $600 million USD worth of cryptocurrency reportedly turned down a reward worth $500,000 USD and immunity for returning the money.

BBC has reported that although the hacker has returned most of the money, they are not interested in any reward. Earlier last week, Poly Network took to social media to publically plead the hacker to return the funds, going as far as making the controversial offer. Upon receiving the public offer, the anonymous criminal taunted to company and even asked for advice on how to launder the stolen amount before promising to return the money.

Poly Network has now said that most of the amount has been transferred to a digital wallet controlled by both the hacker and the company. Both parties are said to be working closely together. It has been confirmed by the BBC that the hacker “still holds $33.4m of stolen Tether [tokens] – because it has been frozen by Tether themselves.”

Poly Network initially offered the reward under the belief that the individual was a “White Hat Hacker,” known as someone who uses their skills to help organizations find security flaws. Though this was the company’s perspective, many in the security world fear that this incident will set a precedent for future criminal hackers who will utilize the “White Hat Hacker” title to minimize the severity of their actions.