Home » Entertainment » Hail, Dance, and Farewell to the Critic’s Life

Hail, Dance, and Farewell to the Critic’s Life

Dance is about change. The body keeps altering its shape while we watch it move. Many of the dances that were current yesterday will not do tomorrow.

“Today people don’t dance, they jump; in my day, we danced,” an old man tells his granddaughter in an 18th-century French gazette. She replies, “In your day, they didn’t dance, they walked; today is the true age of the dance.”

Dance is dead; long live dance. How has it changed since 2007 — let alone since 1978? I cite those two dates because, with this piece, I end my time as chief dance critic of The New York Times, a job I began in 2007. But I’ve been a dance critic for 40 years now. It’s also 40 years since I first visited New York from Britain, where I’d discovered dance and other performing arts, not as a practitioner but as a wallflower: a fan who wrote letters. The letters led to criticism; criticism led me to New York. 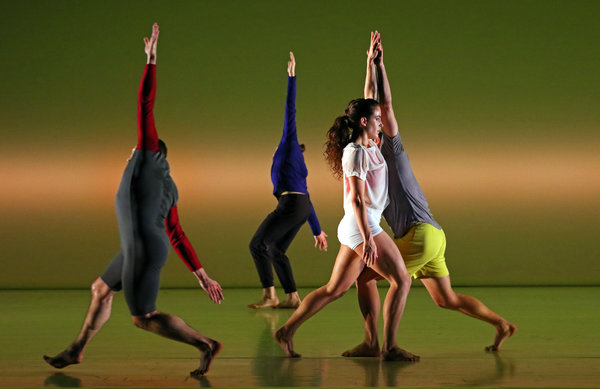 There have been breakthroughs and positive changes in the dance climate this century. They’ve made me happy; I’ll mention a few later. Yet, Cassandra-like, I foresee ills ahead. Have we now entered a lesser era for New York theatrical dance, and perhaps for theatrical dance worldwide?

From the 1920s to 2009, New York was invaluable among the dance capitals of the world. Not only did a remarkable number of great choreographers make new dances here, but they also taught. Their classrooms were laboratories that kept reinventing the genre, opening minds as well as bodies. I name four in particular: Graham, Balanchine, Tudor and Merce Cunningham.

With the death of Cunningham in 2009, that kind of teaching creator may have died, too — not just in New York but across the world. Perhaps I underrate the teaching of Zvi Gotheiner and Mark Morris in this city, or Ohad Naharin in Tel Aviv and Richard Alston in London. Perhaps there are others I’m overlooking.

New York will surely remain a hub of dance activity for years to come, thanks to the wealth of talent here today. “We’re always living in someone’s Golden Age, it turns out,” A.E. Housman says in Tom Stoppard’s play “The Invention of Love.” But if I’m right that the great teacher-choreographers are a species of the past, then we’ve now entered a Silver Age, in which theatrical dance is a less radically creative art than before. Where once choreographers forged their dance language, now they tweak within lexicons they have inherited from others.

“Who knows dancing who only dancing knows?” I learned that motto from the critic Arlene Croce; I often invoke it. Just now, too much dance — and not just ballet — is too immersed in old music, in old costuming, in old habits. Too many choreographers adhere to the practices of bygone centuries — in choices of music, partnering, gender presentations, body language and stage sociology.

Certain changes are devoutly to be wished. Over these 12 years, I should have spoken more often and more forcefully about two that have begun happening for women in ballet, if too slowly for comfort: women as choreographers and African-American women dancing lead ballerina roles. Here, American Ballet Theater has recently taken the lead: Misty Copeland has become the company’s greatest audience magnet, while its Women’s Move-ment is commissioning female-choreographed premieres. Still, too much rests on Ms. Copeland’s shoulders (New York needs a choice of black ballerinas, not one black prima alone!), while certain female choreographers have suddenly been deluged with commissions. Let’s hope the next 10 years see more pervasive reform.

While attending to ballet — always the thorniest of dance arts, as controversial as it is prestigious — I draw attention to two very unalike trends: one heartening, one dismaying. The first is the increasing penetration of George Balanchine’s choreography into national and international repertory. For those of us who remember how radical he often was in his lifetime (even in this city and far more often elsewhere), and how difficult many of his ballets were when young, this vindication is deeply satisfying; moving, too. Balanchine achieved a high water mark for the art. That dozens of one-act Balanchine ballets, like “Divertimento No. 15” and “Symphony in Three Movements,” are now regularly danced from Phoenix to Miami, from Vienna to Vancouver, is a victory of superlative modernism.

Against that, however, please observe the ghastly and ever-increasing popularity of such formulaic 19th-century ballets as “Le Corsaire” and “Don Quixote.” These war horses — trashily circusy, composed to minor-league music — abound in clichés. When I discovered dance in the 1970s, they were the specialties of Soviet companies alone: They exemplified the tosh that Diaghilev had banished to the past, and which all sophisticated Western companies rightly chose to avoid. Today, however, they’re frequently danced in New York (alas, here too Ballet Theater leads the way), London and many other cities. They demean ballet.

Yet every year of my tenure brought new marvels, many by younger choreographers. Justin Peck hadn’t even begun to choreograph in 2007; Pam Tanowitz had, but I hadn’t heard of her; Liz Gerring was likewise unknown to me until once, during a quiet week in 2010, I chose to check out her latest at the Baryshnikov Arts Center. True, Alexei Ratmansky was already a name that was spoken; but whatever we meant by it has had to be serially revised and expanded.

Mr. Peck, the resident choreographer to New York City Ballet since 2014, keeps experimenting with ballet’s raw materials, often to 21st-century music. The lyrical, timeless, spacious all-male quintet of “Rodeo” (2015) and the way that men are partnered by women in “The Decalogue” (2017) are just two examples. Others have come in Mr. Peck’s several recent essays in ballet without pointwork, thus eliminating the genre’s most obviously sexist ingredient. (Men don’t go on point; must women?) And the fluency with which ballet phrases pour forth in his “Pulcinella Variations” (2017) suggests he may be the truest master of ballet classicism this century.

Ms. Tanowitz is a crossover artist; her finest work occupies the borderline between modern dance and barefoot ballet. By taking liberally from the traditions of both ballet and Cunningham, she enriches both. Her “Four Quartets,” which had its world premiere this summer, was, to my mind, the most sublime dance-theater creation this century: a dance for the soul — a changing stage world in which dance, music and the words of T.S. Eliot’s poems coexisted to profound effect.

Ms. Gerring’s dances have often changed my breathing, as I especially recall from “Lichtung/Clearing” (2010) and “Horizon” (2015). She, too, uses Cunningham’s vocabulary — but she amalgamates it with movements from sport and pedestrian movement. Where does dance start and basic movement stop in her work? She makes that quandary intoxicating: Her uses of structure (with reiterations and literally retrograde movements), space and rhythm keep changing my answers.

As for Mr. Ratmansky, nobody in recent decades has done more to make (and transform) dance history. In 2008, he resigned from the artistic directorate of the Bolshoi Ballet in Moscow; New York has had no greater coup than his move to the city, where he has been artist in residence at Ballet Theater since 2009. He’s made history again as the first front-rank choreographer to make a serious study of period dance notation and reassemble the 19th-century St. Petersburg ballets of Marius Petipa. More valuable yet have been his new ballets (several for City Ballet): I single out “Concerto DSCH” (City Ballet, 2008) and “Serenade After Plato’s Symposium” (Ballet Theater, 2016) from a genre-expanding list.

I moved to New York for this job in search of adventure; I’m still coming to terms with how complex that adventure has been. If I had these 12 years again, I’d spend more time exploring forms of hip-hop around America; I’m thrilled that at least I investigated both Memphis jookin and Detroit jit on their home terrain. I still laugh recalling the day in 2014 when I spent 8 1/2 hours nonstop watching jookin in Memphis; I was probably the oldest and staidest person present but by no means the unhappiest. And no, in 2007 I had no notion how often I’d be turning up at New York’s tango clubs around midnight as a spectator. (I owe that to the prodigious Gabriel Missé, whom I first saw in 2008, the dancer I’m perhaps proudest of having helped to put on the map.)

After 40 years as a critic, I hope now to spend more evenings away from performances. But I do so because I want now to take a more complete stock of what I’ve seen and learned in these decades. There are many histories to be written. The art has changed. Thanks to this job, so have I.