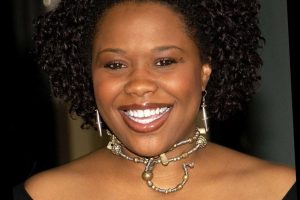 Halle Berry is mourning the loss of her friend and “B.A.P.S.” co-star Natalie Desselle Reid, who died at age 53 after a battle with colon cancer, her family confirmed on Monday.

The actor posted about Reid on Instagram on Monday after news of her death broke. Berry wrote in an initial post that she was in “total shock” and that she needed some time to process the news.

The “John Wick: Chapter 3 — Parabellum” actor then made a follow-up post in which she shared a series of photos of Reid, accompanied by a long caption honoring the late actor’s memory.

“I’m still processing this devastating news — and as I continue to read all of your kind words, memories of Natalie continue to flood back to me,” Berry wrote.

Reid and Berry memorably starred together in 1997 cult classic “B.A.P.S.,” which centered around friends Nisi (Berry) and Mickey (Reid) — two aspiring entrepreneurs from Georgia who travel to Los Angeles to audition for a music video that included a $10,000 prize.

Berry wrote in her Instagram message that the movie’s director, Robert Townsend, brought her and Reid together “in roles that would change our lives and impact our culture for generations to come.”

“B.A.P.S.” has undoubtedly cemented its place in pop culture; fans of the film have often dressed up in elaborate costumes mimicking Berry’s and Reid’s characters for Halloween over the years.

Berry continued her praise of Reid on Instagram, writing that she was one of the “most precious people” she had ever known. She added that Reid taught the people around her that it was OK to be goofy and funny while also being “extraordinarily kind.”

The “Catwoman” actor also acknowledged that while Reid had an undeniable light that she “could never dim,” as a Black woman in entertainment, she faced barriers in the industry that has a long history of discrimination.

“Natalie represented actual black women, not what black women are perceived to be,” Berry wrote. “She was often underrated, passed over — deprived of the platform she truly deserved.”

Reid also memorably portrayed Janie Egins on the UPN sitcom “Eve.” Other film roles included parts in the 1996 film “Set It Off” and the 1997 movie “How To Be a Player,” where she played Jenny Jackson.

Bill Bellamy, who played Reid’s brother in “How To Be a Player,” publicly mourned the actor on Twitter on Tuesday.

“We all lost such a talented soul …… Our time here is limited and precious,” he wrote. “Enjoy these blessings when they are amongst us. Natalie … we will never forget you … ”

END_OF_DOCUMENT_TOKEN_TO_BE_REPLACED

END_OF_DOCUMENT_TOKEN_TO_BE_REPLACED
We and our partners use cookies on this site to improve our service, perform analytics, personalize advertising, measure advertising performance, and remember website preferences.Ok