“Hamilton” last week grossed more than $4 million — the first Broadway show ever to make that much money in a single week.

And, in an encouraging sign for those worried about Broadway’s balance, this year’s unusually healthy crop of plays is performing well financially: Five of them grossed more than $1 million last week, a milestone crossed mostly by musicals.

“I often say Broadway is a wonderful escape from what’s going on in the world, and lots of people were escaping last week,” Charlotte St. Martin, the president of the Broadway League, said. “I’ve never seen anything like it.”

The period between Christmas and New Year’s always brings boffo business to Broadway, but even so, the week ending Dec. 30 was the best-attended (378,910 seats filled) and highest-grossing ($57.8 million) in Broadway history.

An astonishing 28 shows grossed over $1 million, including eight that exceeded $2 million. After “Hamilton,” the top grossers were “The Lion King” ($3.7 million) and “Wicked” ($3.4 million), each of which ran nine performances (one more than usual) during the holiday week; and “The Illusionists,” which magically made $3 million appear by holding 16 performances in seven days.

The $4 million gross by “Hamilton” was accomplished thanks to high ticket prices over just eight performances. T he average “Hamilton” ticket last week sold for $375, and the best seats at the box office were priced at $849. “It is a phenomenon, no question, and it’s changing the dynamics of Broadway,” Ms. St. Martin said. 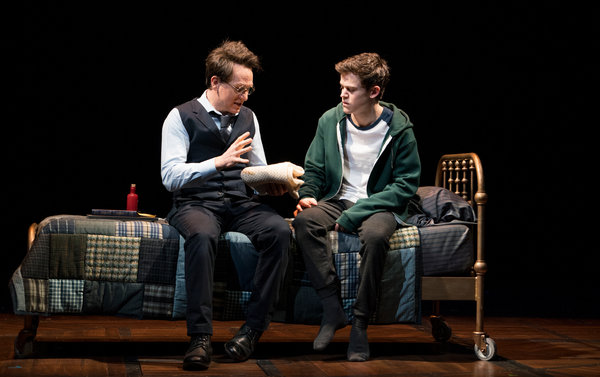 Multiple factors contributed to the overall boom — New York’s enormous appeal as a tourist destination; Broadway’s resurgent popularity as a form of entertainment; and the willingness of large numbers of people to pay high prices for the best seats at the hottest shows.

The financial health of nonmusical plays is particularly significant because it suggests that producers can still prosper with commercial runs of those shows, which had long been a mainstay of the Broadway economy but have since been largely overshadowed by prebranded musicals.

“Harry Potter and the Cursed Child” grossed $2.5 million last week — the most ever brought in by a play on Broadway — followed by Aaron Sorkin’s new adaptation of “To Kill a Mockingbird,” at $1.7 million; the Bryan Cranston-led “Network,” at $1.4 million; and “The Lifespan of a Fact” and “The Ferryman,” each of which grossed $1 million.

There are 20 productions of plays scheduled this season, many of them artistically ambitious and thematically timely, and two of them — “The Boys in the Band” and “The Lifespan of a Fact” — have already announced that they have recouped their investment costs.

“Last year my friends in the press were saying, ‘The play is dead,’ and now we’re going to have one of the best play years in history,” Ms. St. Martin said. “The work is resonating.”

Even a war horse like “Chicago,” 22 years into its run, reported its best year ever.

The year’s grosses were bolstered by the presence of Bruce Springsteen, whose “Springsteen on Broadway” brought in $113 million over its 14-month run, but Ms. St. Martin said she was confident that overall grosses would remain strong even now that his show has ended.

Statistics for the current Broadway season, which began in May, also show the industry’s current strength: Grosses are up 18.6 percent and attendance is up 11.2 percent compared with last season at this point.