Home » Entertainment » Hanna fans: the action-packed trailer for the final series is here and it does not disappoint

Hanna fans: the action-packed trailer for the final series is here and it does not disappoint 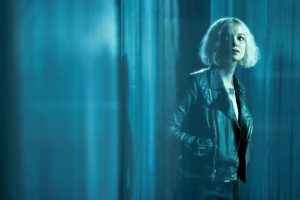 After a spectacular season two cliffhanger, the Amazon Prime Video thriller is back soon and we can expect more of the same high-octane drama as the previous two seasons. Here’s everything we know about the upcoming series so far.

Thriller fans have been enjoying a veritable TV feast recently, with the release of ITV’s The Tower and Angela Black, as well as Channel 4’s Close To Me. Joining the Autumn watchlist will be the third series of Hanna, Amazon Prime Video’s action-packed drama. Now, we finally have the first look at the suspenseful thriller.

Hanna follows the story of the eponymous hero, played by Esmé Creed-Miles, who has been created by the sinister Organization Utrax and trained to be an assassin. The second season left fans with many questions and a dramatic cliffhanger, but soon, answers will be revealed in the third and final series of the show.

Here’s everything we know about the upcoming series so far.

What is the plot of Hanna?

According to Amazon Prime Video, the series is “in equal parts high-concept thriller and coming-of-age drama.”

The synopsis adds: “Hanna follows the journey of an extraordinary young girl raised in the forest, as she evades the relentless pursuit of an off-book CIA agent and tries to unearth the truth behind who she is.”

This third season will continue following the journey of Hanna, as she continues to try and free herself of Utrax’s grasp.

Hanna: the third series of the Amazon Prime Video thriller will be its last.

Is this the final season of Hanna?

Based on the 2011 film of the same name, it has been confirmed that the third season of Hanna will be the show’s last.

Showrunner David Farr confirmed the news, stating that the show was always planned to have a “third act” and it has one.

“That was always the intention, to be honest,” Farr told Entertainment Weekly. “If you look back at when I was talking about the second season, I talked about how it needed ‘the third act’.

“I come from the theatre originally, and I always have full act structure in my head to how a piece of drama plays out. And in this case, I felt that there was this very clear arc.”

Hanna: Ray Liotta will be joining the cast for season three as Gordon Evans.

Who will star in the third season of Hanna?

Joining Esmé Creed-Miles as Hanna will be her previous nemesis and former-CIA agent Marissa Wiegler, played by The Killing’s Mireille Enos. Friends and New Girl star Dermot Mulroney will also be playing the role of high-ranking Utrax agent John Carmichael.

Goodfellas star Ray Liotta will be joining the cast for season three as Gordon Evans. Liotta will feature as a respected former military man and incredibly powerful intelligence operative. According to Deadline, Evans is “a visionary with a rigid moral code, a true patriot who will do what needs to be done to protect his country”.

Hanna: The Killing’s Mireille Enos will return as Marissa Wiegler.

Is there a trailer for Hanna season three?

Fans are in luck as the official trailer is finally here. With the usual edge-of-your-seat drama packed into just a one minute trailer, we can already expect big things from the upcoming series.

You can watch the trailer here:

The best shows on Amazon Prime with empowered female leads

When will Hanna season three be available to watch?

All episodes of Hanna season three will be available to stream from Wednesday 24 November on Amazon Prime Video.