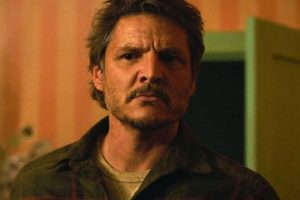 HBO Max has unveiled the first ever footage from its highly-anticipated TV series adaptation of the award-winning 2013 video game The Last of Us.

The streamer shared a two-and-a-half-minute video teasing all of its new content hitting the platform in 2023, ending it with a few seconds of Pedro Pascal and Bella Ramsey as Joel and Ellie, who can be seen traversing a snowy setting and sharing both tense and heartfelt moments. The clip also teases the biological daughter of Joel, who he lost early on in the game, as well as a look at Nick Offerman as Bill.

The live-action adaptation will be helmed by Craig Mazin and Neil Druckmann, the latter of whom wrote and directed the video game. Season one will include a total of 10 episodes with Kantemir Balagov directing the pilot.

Check out the HBO Max trailer above and stay tuned for an official release date.

Elsewhere in entertainment, streaming has overtaken cable as the most-watched platform for the first time in history.
Source: Read Full Article