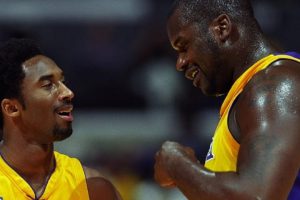 While the first season of the much-anticipated HBO series Winning Time: The Rise of the Lakers Dynasty has yet to premiere, the studio is already thinking about the premises of season two.

In a recent interview with The Hollywood Reporter, Casey Bloys of HBO discussed the follow-up to focus on the Shaquille O’Neal and Kobe Bryant-era of the Lakers. He said, “If the stories are there and the different eras are there, why not keep exploring it?” Bloys also confirmed that the network has, “quietly optioned Pearlman’s follow-up, which takes readers through the Kobe Bryant and Shaquille O’Neal era of the Lakers.”

Jeff Pearlman’s 2020 novel titled Three-Ring Circus: Kobe, Shaq, Phil, and the Crazy Years of the Lakers Dynasty chronicles Shaq and Kobe’s relationship as they brought three consecutive championship titles to the Lakers franchise before deciding to go their separate ways. The book received criticism that it portrayed Bryant in an unflattering light, to which Pearlman clarified per Time, “The Kobe Bryant of 1996 to 2004 is not the Kobe Bryant of 2005 to January 26, 2020. He was not then the contemplative adult who raved of having four daughters. He was not then the doting husband. He was not then the Academy Award winner. He was not yet comfortable in his own skin.”

Prior to his death Shaq and Bryant appeared to have squashed their beef and maintained a brotherly relationship post-NBA. Shaq spoke at Bryant’s memorial and said that he “lost a little brother” after Bryant died.

Winning Time: The Rise of the Lakers Dynasty season one hits HBO on March 6.

Elsewhere in entertainment, here is a compilation of every Krabby Patty version that SpongeBob SquarePants has ever made.
Source: Read Full Article