Home » Entertainment » He Struggled at School, but Now Success Is Adding Up

He Struggled at School, but Now Success Is Adding Up

Heydrick Padilla had always been a good student — particularly in math. He figured he would go to college and major in something like business that required numbers. Then he took a chemistry class.

He still remembers his final experiment. “We were given five unknown samples,” he said, “and were tasked with finding out what compounds we were given.” The students had to use techniques they had learned in class to test the samples and identify them.

“That’s where it all changed,” Mr. Padilla said.

He could envision a career in chemistry after two difficult years at the rigorous Bard High School Early College in Manhattan, where the curriculum was demanding and he had lost a friend who fell out of a window and died, forcing him to deal with loss and grief.

Now, at 21, Mr. Padilla is just months away from graduating from a prestigious dual-degree program in New England. But even with scholarships and other financial aid, affording his top-level education has been a challenge.

Mr. Padilla was raised by his mother, Sharlymet Cuesta, who moved to the United States from the Dominican Republic on her own and raised four children in the Bronx.

“She always put all of us before herself,” Mr. Padilla said in a recent interview. “She wanted us to be good students and would constantly check in with us about our homework. She expected us to do well.” 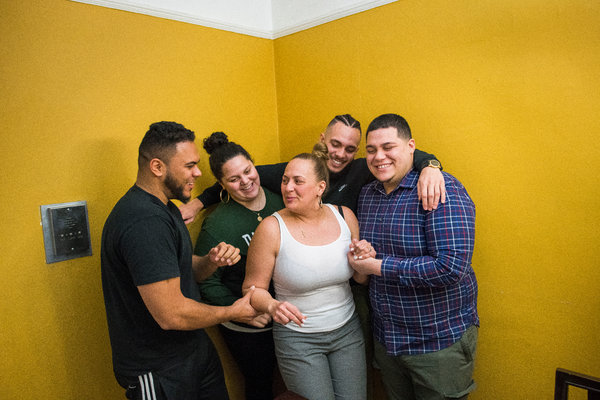 Mr. Padilla was the youngest of his siblings, and he excelled in math, going through his textbooks to solve problems for fun.

Bard, which lets students earn both a high school diploma and an associate degree in four years, seemed like a good fit for a bright student, but he struggled at first.

“My freshman year was very challenging,” Mr. Padilla recalled. “I was really struggling with the curriculum and thought I couldn’t do it.”

Discovering his love for chemistry — as well as a supportive chemistry professor and other faculty members — was a big part of what turned things around.

“After two tough years, I got my act together,” he said, focusing on science, technology, engineering and math subjects, or STEM. “So many of my professors remember me because I stayed at school late for office hours and built connections with them.”

In his junior year, Mr. Padilla’s grades improved and he became a self-described social butterfly. As a senior, he was selected for the UBS-SEO College Scholars program, which is intended to bolster young men of color.

However, covering tuition payments has been a challenge.

When Mr. Padilla was offered admission to Wheaton, there was an gap of $14,000 between the original financial aid offer and the total cost. This made more affordable local schools where he had been accepted, including the City College of New York, a more realistic option.

But with the help of his guidance counselor and others at Bard, he decided to appeal the package. The result? An additional $13,000 merit scholarship was awarded, narrowing the gap to $1,000 for the first year.

“The day that I was going to submit my deposit to City College, I received the decision from Wheaton,” Mr. Padilla said. “I still had to take out loans, but the scholarship was a real game-changer.”

Through FPWA, one of the eight organizations supported by The New York Times Neediest Cases Fund, Mr. Padilla was awarded a $2,000 college scholarship for the current academic year, divided between the fall and spring semesters. The award came via a recommendation by the Henry Street Settlement, a social service agency based on the Lower East Side.

Mr. Padilla has been deeply involved with service-driven initiatives, including Best Buds, a program that pairs Wheaton students with older residents who have developmental disabilities. He also volunteers with the Community Service Council, which works with service organizations in the communities surrounding Wheaton.

At Dartmouth, Mr. Padilla has worked on the Mahjouba Project, which created an electric moped made from local Moroccan materials.

“Mahjouba was a great engineering experience, but also an opportunity to give back,” he said. “Community service is something that I want to continue to do in the future.”

Even with the FPWA scholarship, Mr. Padilla still has a tuition balance of $6,760, which he is paying down. A recent internship at HIAlabs, a technology product development company, helped him narrow the financial gap. As he heads into next semester, he is trying to secure another internship for the summer.

Eventually, Mr. Padilla would like to be an entrepreneur. With his engineering education, he feels like he has already been able to fulfill many of his goals. This year, he created a de-icing machine that can remove ice from asphalt that has not been pretreated, and do so in an energy efficient way.

“If it ends up taking off,” he said, “then I’ll have my own product that I can market.”