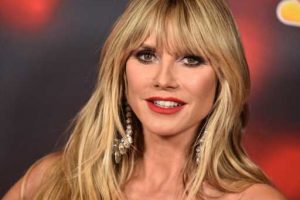 The ultimate queen of Halloween is getting ready to serve us once again! In a photo posted to Instagram on Sunday night, Heidi Klum showed her “1st step” in getting ready for her Halloween bash happening on Monday, Oct 31.

Year after year not only does Klum go all out with her costumes, but she also throws a huge Halloween party too. In 2016, she hosted two: one in New York and one in Los Angeles for all her high-profile friends to attend. Though the party had to be canceled in 2020 and 2021 due to the pandemic, Klum’s party is back on tonight and we can wait to see what she brings to the carpet!

In Sunday’s picture of the supermodel, she’s wearing nothing but a slinky black panty which she lowered to show her fresh new tan. “Halloween Prep 😈,” the America’s Got Talent judge wrote in the caption. “Tanning with @jimmyjimmycoco.”

In addition to the steamy new photo, Klum also teased her transformation for fans. In the past, her costumes are always shrouded in mystery in the weeks leading up to Halloween.

In her most recent tease, Klum shared a video to Instagram of what looks like a series of paint cans and mixing bowls. From a white paint bowl to one of dark blue that she appears to zoom into at the end, it’s still hard to figure out what this could be. Any guesses? 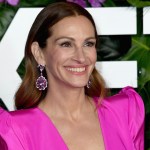 In 2021, in the absence of a party, Klum released the sequel to 2020’s Heidi Does Halloween short video. “Last Halloween, Heidi Klum met her untimely doom at the hands of her demonically possessed children,” the narrator said in the beginning. “Now on this Halloween the dead will rise from their graves.”

In the almost 8-minute video, Klum’s corpse rises from the grave and reunites with her children. As time goes by, zombie Klum tries to go back to her motherly duties, including getting all dolled up and making lunch for the family – she even cuts off her thumb and adds it to the salad. Soon enough, her children realize what’s wrong with her, but this time it’s too late. Klum finally got her revenge!

If Klum managed to outshine everyone virtually, we can’t wait to see what she has up her sleeve for tonight!

Before you go, click here to see all of Heidi Klum’s most insane Halloween costumes over the years.