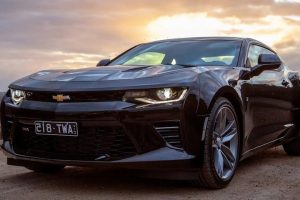 Chevrolet came out on top as the most popular car manufacturer in the industry, with 1,176 total cars in music videos and the Camaro making the most appearances. The study noted that the Corvette increased in popularity in recent years after the release of Popp Hunna’s “Adderall” featuring Lil Uzi Vert. The track went viral on TikTok and users posted millions of videos dancing to its “Corvette, Corvette” lyrics.

Closely behind Chevrolet, Ford followed, with 1,064 cars in videos, which researchers attributed to the Police Interceptor being used within hip-hop music storylines. The ensuing manufacturers, in order, were Mercedes, BMW and Volkswagen. Other manufacturers on the list included Lamborghini, Audi, Ferrari, Porsche, Nissan and Bentley.