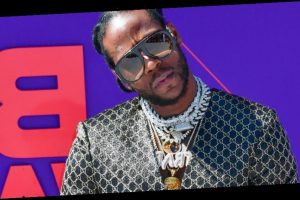 2 Chainz has just released the first episode of his YouTube series Money Maker Fund, a show where the rapper reviews business pitches from HBCU students and alumni.

“With this year being more than challenging to all of us, I am inspired by these courageous students who are still pushing through chasing their dreams and goals,” said 2 Chainz of the show. He hopes the series will foster inspiration and encouragement to Black entrepreneurs and students across the country in pursuing their endeavors. “The idea behind the Money Maker Fund is simply to add more fuel to the already-burning fire of ambition they showcase,” adds the rapper. In partnership with YouTube’s Black Voice Fund, the show was produced by Tity Boi himself — $55,000 USD will go to Black entrepreneurs throughout the series’ five episodes. “The #YouTubeBlack Voices Fund enables us to thoughtfully invest in amplifying the voices of Black artists not only by bringing their creative visions to life, but by exploring and celebrating Black identity and culture from their personal perspectives,” says YouTube Music’s Global Head of Artist Relations Vivien Lewis.

2 Chainz is already planning on following this show up with more content focused on Black creatives.

In case you missed it, here’s a look at 2 Chainz’s monochromatic “Southside Hov” visuals.

A post shared by 2 Chainz Aka Tity Boi (@2chainz)

END_OF_DOCUMENT_TOKEN_TO_BE_REPLACED

END_OF_DOCUMENT_TOKEN_TO_BE_REPLACED
We and our partners use cookies on this site to improve our service, perform analytics, personalize advertising, measure advertising performance, and remember website preferences.Ok