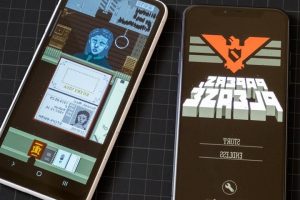 Almost a full decade after the cult classic “dystopian document thriller” was released, indie game developer Lucas Pope is finally making Papers, Please available on smartphones.The game originally debuted back in 2013 for both Windows and MacOS, and offered a puzzle-solving gameplay experience where players took on the role of an immigration agent, analyzing and assessing the passports and documents of those trying to enter a Soviet-inspired country in the Eastern Bloc before deciding whether to allow them to enter into the country.

As the difficulty increases, you’ll be presented with more tools and more documents to skim through, picking up missing or falsified information. The game was made available for iPads a year after its launch but has never been ported over to smartphones until now.

For those interested in trying out this cult classic, Papers, Please will arrive on both Android and iOS on August 5.

Elsewhere in gaming, Naughty Dog has released a 10-minute gameplay trailer for the PlayStation 5 remake of The Last of Us.
Source: Read Full Article