Holly Willoughby may stay safely on the sidelines of Dancing On Ice as a presenter alongside her co-host Phillip Schofield… but it appears she’s actually considering taking part as a competition.

On Sunday, the new series of the ITV competition is set to kick off with the first half of contestants gliding onto the ice with their professional skating partners for week one.

Among them will be singer Michelle Heaton, reality star Joey Essex and Love Island winner Ekin-Su Cülcüloğlu, as they vie to impress judges Christopher Dean, Jayne Torvill, Ashley Banjo and Oti Mabuse as well as the public watching at home.

On Thursday’s This Morning, former EastEnders star Patsy Palmer appeared on the show with her partner Matt Evers ahead of her debut on Dancing On Ice, opening up about the ‘meditative’ state she goes into while performing her routine.

Comparing the experience to her stint on Strictly Come Dancing in 2005, the 50-year-old said: ‘I did Strictly. This is nothing like it. It’s different, because you really do have to focus.

‘It’s dangerous. You can’t have anything else in your mind. Your mind has to be clear. You have to be so far in the present moment, that it is like a form of meditation. So I’m so glad that I’ve been practising meditation.’ 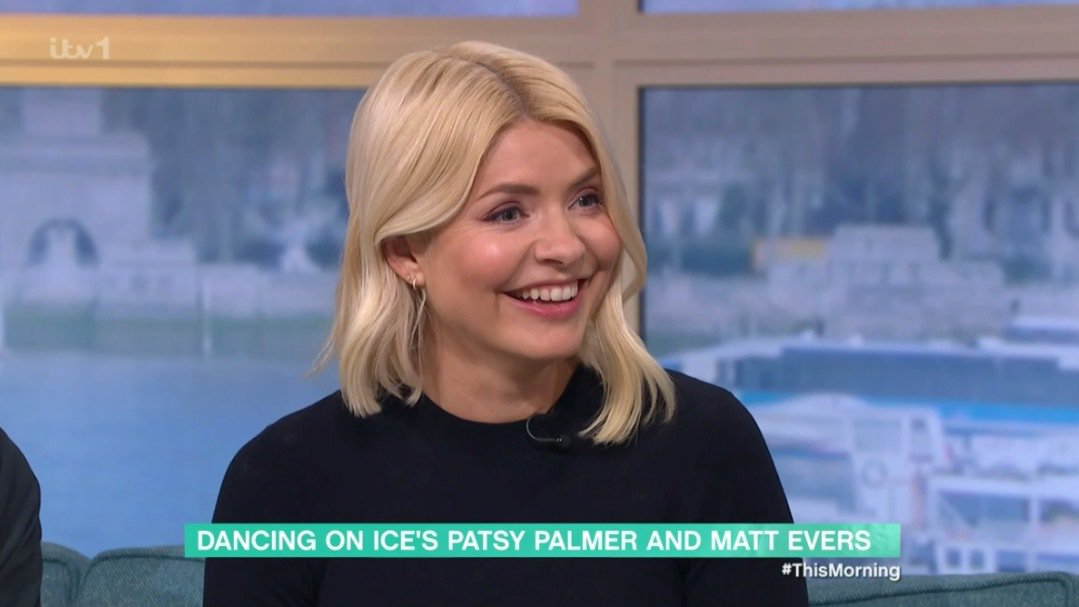 Despite the mention of danger, Holly, 41, appeared intrigued by the prospect of following in Patsy’s footsteps.

‘That’s the first time anyone’s said anything about Dancing On Ice that’s made me want to do it. Because normally I’m scared of it,’ she admitted, as Phillip, 60, whipped his head round in shock.

‘Go on then!’ Phillip urged her, as Holly laughed, saying: ‘No.’

Matt, who’s competed on every series of Dancing On Ice since 2006, told Holly: ‘I’ve been waiting for you.’

Now that Holly’s put the idea out there into the universe, perhaps we could see her on the 2024 series? Time will tell!

Dancing On Ice is known for being quite an accident-heavy programme, with previous series seeing various celebrities and skaters having to take time off as a result of injuries.

Before this year’s show even began, judge Christopher revealed he’d broken his finger during a nasty skating accident.

‘We were trying the Iron Lotus, but ended up doing a Half Nelson. Or did I just fall over a suitcase in the middle of the night,’ he explained.

This Morning airs weekdays from 10am on ITV. Dancing On Ice launches on Sunday January 15 at 6.30pm on ITV.