How Alex Scott is making history with her new presenting role 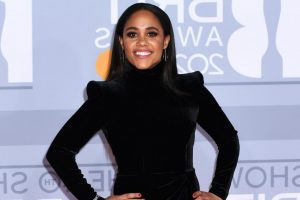 The former Lioness Alex Scott is set to become the first woman to be the permanent presenter of Football Focus when she takes over from Dan Walker as host in August.

Alex Scott is no stranger to success. From her days as a professional footballer at Arsenal and on the English national team, to representing Great Britain at the 2012 London Olympics, Scott has got plenty of accolades under her belt.

However, her success isn’t limited to her time on the pitch. In fact, since she retired from professional football in 2017, Scott’s career has continued to go from strength to strength, with the former Lioness making history as the first woman football pundit at a World Cup for the BBC back in 2018, and as the first woman pundit on Sky Sports later that year.

And now, she’s making history yet again – as the first woman to be the permanent host of the BBC’s hugely popular show, Football Focus.

The show, which was launched back in 1974 as part of another show called Grandstand before becoming its own standalone series in 2001, has had a number of different hosts throughout its over 40-year history, including Gary Lineker, Manish Bhasin and, most recently, Dan Walker. The latter is stepping down from his role as host after 12 years.

Responding to the news in a column for BBC Sport, Scott said she was excited to take on the role and thanked the team behind the show for trusting her with the position.

“When I was a kid, I would never have watched television and thought someone like me could be presenting a programme like Football Focus,” she wrote. “For the BBC to trust me with this role and allow me to be my true, authentic self means a lot.”

She continued: “To say I’m the Football Focus presenter feels surreal. I’ve had some amazing messages and an incredible reaction on social media – I want to thank everyone for their support.”

Elsewhere in the piece she spoke about her decision to go into sports journalism after her football career, and reflected on the obstacles she’s had to overcome to get to the place she’s in today.

“Towards the end of my footballing career, some were suggesting coaching and management but I had such a strong passion to take this path,” Scott wrote.

“I completed my degree in sports journalism and broadcasting, and countless work experience placements with Sky Sports, Arsenal TV and London Live. This was to ensure that not only I had the correct skills, but so no-one could ever question my place or my merit.”

She added: “I was one of the first female pundits on the BBC and I clearly remember being determined to transcend from being labelled a ‘female pundit’ to ‘pundit’.

“Besides the statements surrounding my gender or my race, after being part of the BBC family for six years, I want people to see me on TV and think ‘she’s great at what she does’.”

Whether or not you’re a big football fan or enjoy watching Football Focus on a regular basis, it’s safe to say it’s brilliant news to see Scott make history in her new role – and we can’t wait to see what comes next for her.