How (and Why) the Metro Desk Photographed 115 Service Workers 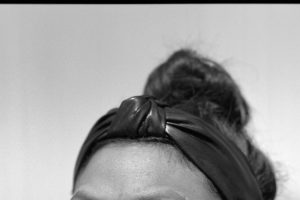 In January, Jeffrey Furticella, photo editor for The Times’s Metro desk, read a staggering figure. The previous month, when a second wave of the coronavirus in New York prompted new restrictions on bars and restaurants, more than 11,000 service industry workers in the city were laid off. It was one last punch to the sector in a year when 200,000 hospitality jobs disappeared.

“I started thinking,” Mr. Furticella said, “‘What is the way that we could put a human face on this to really represent the scale of impact?’”

In a city of nearly 8.5 million people, 2.5 million work in the service economy. Those who didn’t lose their jobs kept New York’s pulse beating — delivering food, cutting hair and carrying packages from warehouses to doorsteps. This week, the Metro desk published portraits of 115 service workers, and many of their stories, to document the experience of “one of the most important and one of the most vulnerable populations in the city,” Mr. Furticella said.

The Metro desk, including Mr. Furticella, the editor Meghan Louttit and the photographer Todd Heisler, started plans in February. The idea was to photograph a huge swath of people, maybe even 100.

But how to photograph so many? The team thought about using a studio but didn’t want to force participants to ride public transportation while the coronavirus was still spreading in the city. The uniformity of studio shots would also work against the project’s mission. “We didn’t want them to look like passport photos,” Mr. Heisler said.

Service industry unions, advocacy groups and labor organizers provided the desk with lists of workers who were laid off or furloughed or who had to adapt to new circumstances on the fly. David Gonzalez, a reporter who wrote the text, interviewed roughly 50 people.

“These are the folks who kind of get overlooked,” Mr. Gonzalez said, “and then in the middle of a pandemic are declared essential.”

From February to June, Mr. Heisler and Mr. Gonzalez traversed the city, from Staten Island to Astoria, Queens, and everywhere in between, to meet waiters, shoeshines, dry cleaners, salon workers and personal trainers. They made a point to capture subjects in their neighborhoods or places of business.

Mr. Heisler shot in medium format, black and white film so that readers wouldn’t be distracted by contrasting colors, but also to develop a greater connection with the participants, he said. To him, digital portraiture can edge on the impersonal. “You look at the back of the camera, you make the picture, you look at the camera, and it kind of affects this relationship,” Mr. Heisler said.

Many of the faces shown in this project are of individuals that New Yorkers routinely interact with but may not get to know. Many of them “felt that they were abstractions,” Mr. Gonzalez said.

“A lot of workers within this economy are identified by uniforms, and now masks,” Mr. Heisler said. “So there’s just another layer that makes the transaction even more impersonal.”

Precautions were taken to make sure photo sessions were as comfortable as possible. From the start, “it was a constant balance between efficiency and establishing a relationship,” Mr. Heisler said.

“People weren’t regularly vaccinated yet,” Mr. Heisler added. “We were still operating with our own Covid protocols of being very careful about going into peoples’ homes or going into spaces” and asking them to take off their masks.

Though the photographs are of individuals, stacked together they represent a community of New Yorkers who have struggled or pivoted but kept the city running through shutdowns and panic. The project reaches out through the pandemic’s insistent isolation to find common ground.

“I firmly believe, in one way or another, we’re all interconnected in this city,” Mr. Gonzalez said. “Whether we realize it or not.”