Home » Entertainment » How I Let Go of My Time-Management Anxiety

How I Let Go of My Time-Management Anxiety 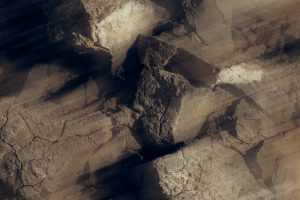 I wandered my parents’ apartment in Hamilton Heights in Manhattan one Tuesday afternoon, in search of my phone. In the corridor-style kitchen, with the Univision news blaring, my mother checked on the pernil roasting in the oven, while my sister stood over the sink, packing Bustelo into a metal cafetera. In the living room, my grandmother watched a syrupy telenovela.

On a day like this, a dozen people could be expected to stream in and out of the apartment, bestowing lipsticky besitos, having dinner, a coffee, a cocktail, a dessert. The hours tended to melt together. When I did find my phone that Tuesday and looked at its screen, I felt a familiar rock hammer of dread: Green missed-call notifications cascaded down the screen, all from a number I didn’t recognize.

It took me a few seconds to remember that I had booked a consultation with an attention deficit hyperactivity disorder expert, as a prelude to being tested for the condition. That my inability to keep time had cost me an A.D.H.D. test was not lost on me. It took me another six months to schedule an appointment with a new doctor. When I was finally diagnosed with A.D.H.D. — at age 36 — the news came as a relief, giving language to various cognitive processes with which I struggle. My difficulty grasping the passage of time is referred to by experts as “time blindness.”

The common advice, of course, is to simply try harder. Set calendar alerts! Take up meditation! There is a whole industry dedicated to bilking the time-challenged, and I am an enthusiastic consumer of its offerings: planners, timers, self-help books that insist that I have the same 24 hours in each day as Beyoncé does. Anyone with A.D.H.D. will tell you — it’s not about a lack of effort.

I can’t remember how, exactly, I stumbled across “Timefulness: How Thinking Like a Geologist Can Help Save the World,” by Marcia Bjornerud, a professor of geosciences. The field of geochronology is dedicated to dating Earth’s geologic materials. “We can clock the growth and destruction of mountains,” Bjornerud writes. Around 50 million years “is plenty of time to build and demolish a mountain belt — for continents to collide, faults to creep and sometimes lurch, raindrops to sculpt, peaks to crumble, mantle rock to flow.”

That might sound like a long time. But our solar system has a 10-billion-year life span; it will end when the sun enters its red-giant phase and begins engulfing its orbiting planets, including Earth. In that context, Bjornerud writes, mountains are “ephemeral.” Much of what we once believed to be eternal and unchanging about our planet is vital and dynamic, constantly shifting around us. We are still deciphering parts of the planet’s geologic history, in hopes of anticipating future, potentially cataclysmic, events.

This is simply an invitation to consider time on a grander scale.

Geologists argue about when to officially designate the start of the Anthropocene epoch, during which human activity has become a dominant influence on a planetary scale. But then, as Bjornerud writes, fixing an exact date matters only to us. Humans decided to group the rise and fall of the sun into discrete days and weeks. Western cultures spent thousands of years constructing the ways of commodifying and trapping time — clocks, calendars, timecards — that have come to govern global commerce. What if obsessively keeping time matters less than we think it does when we consider the time scale of the cosmos?

For me, holding time in a much larger perspective eases the day-to-day anxieties of living. In my Cuban and Dominican family, we arrive at one another’s houses whenever we arrive. Once we do, time stretches, rich in togetherness. I have a whole childhood’s worth of memories of falling asleep on a pile of coats to the sound of grown-ups laughing in the next room. Of being laid across the back seat of my parents’ car and drifting in and out of sleep under my mother’s coat. How many times was I carried into our apartment on my father’s shoulder and tucked into bed? How many years did this ritual last? I could not tell you. It does not matter. The counting of years isn’t the only way to measure time. There are other languages for it.

My family is, generally speaking, not thinking too often of the formation of mountain ranges or the shifting of landmasses. But there is a forgiving ease in the shape of our days. Maybe that’s why I find the concept of geologic time so soothingly familiar. Time is not fixed, after all; it warps, it stretches, and it accordions.

This is not an argument, however, for being late or for throwing away all our watches, though I would like that very much. This is simply an invitation to consider time on a grander scale. These days, I’m learning to find stability in imagining the ever-so-gradual movement of the tectonic plates shifting beneath our feet — at up to four inches per year.

I have not seen my family since before the pandemic; a year and a half will have passed by the time I’m wandering my childhood apartment again. But my family is waiting on the other side of that chasm, and when I get there, it will be as if I never left.

Yohanca Delgado is a Wallace Stegner fellow at Stanford University. She is from New York.