How We Created a New Way to Depict Addiction Visually

For a new feature, “Heroin Addiction Explained: How Opioids Hijack the Brain,” which appears today, Times journalists wanted to approach the opioid crisis from an underrepresented perspective: to illustrate, in pictures and words, what each step of the cycle of addiction actually feels like to those who experience it.

The reporters Shreeya Sinha and Jennifer Harlan interviewed more than a dozen current and former opioid users about the most personal aspects of their experiences: their thoughts, feelings and physical sensations while using drugs. They synthesized those descriptions into a seven-stage explainer — gateway, tolerance, withdrawal, addiction, treatment, relapse, recovery — that aims to help readers understand more clearly what addicts go through. When it came to the visuals for the piece, Meghan Louttit, the Times editor who organized the package, and the art director Rumsey Taylor wanted to create a new kind of illustration that would equally foreground the interviewees’ own subjective experiences.

First, the editors read Ms. Sinha and Ms. Harlan’s interviews with the subjects. Then, the Times video journalist Leslye Davis worked with the freelance software artist Zach Lieberman to develop an idea: Ms. Davis would film a dancer, Bailey Anglin, to interpret the interviewees’ words through movement. Then, Mr. Lieberman would manipulate those video clips — adding an aura, for example, to illustrate the warm thrall of an initial high; layering the video with spiky, discordant static to get across the pain of withdrawal.

Here, Mr. Taylor, Mr. Lieberman and Ms. Davis discuss the details of their process in creating the graphics. 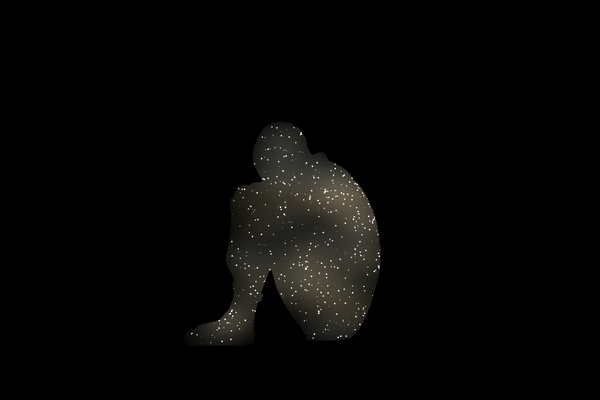 RUMSEY TAYLOR The narrative of the opioid crisis has a familiar visual vernacular: track-covered arms, empty syringes, the translucent amber cylinder of an empty pill container. These images visualize how drug users look from the outside, as opposed to what’s happening to them mentally, physically and emotionally.

Our task with this story was to evoke the subjective experience of heroin use. One former user, Rebecca Ronning, described the pang of desire that accompanies withdrawal as a barrage of pain: “You can’t sleep. You have goosebumps, but you’re sweating, but you’re cold. A shower doesn’t help. Being outside doesn’t help. You’re so tired, and your legs are shaking. And nothing makes you feel better except doing more heroin,” she said. “You’re not getting high anymore. You’re just fixing the withdrawal.”

Ms. Ronning’s and other testimonies anchor Shreeya and Jennifer’s reporting in vivid bursts. In reading through it, I culled all their adjectives — fuzzy, unworried, clear, depressed, gray, and many others — and collated them into a crude spectrum of experience: soft, fuzzy, comfortable on one end; hard, sharp, distressing on the other.

These words distill the experience of those who’ve been through treatment into a construct that we set out to adapt visually. We commissioned Zach Lieberman, a visual artist who specializes, in his own words, in “exploring new modes of expression.”

ZACH LIEBERMAN I am an artist who writes software to create animations — I post daily sketches on Instagram where I explore color, form and movement, often responding to body and gesture. My work generally involves iteration: taking the same movement or graphical form and through software pushing it in different directions. For this project, we discussed starting with a single source of footage and exploring how we could animate it to convey different emotional and physical states. The article is about transformation, and we thought that by using the same source footage, the artwork could echo that. 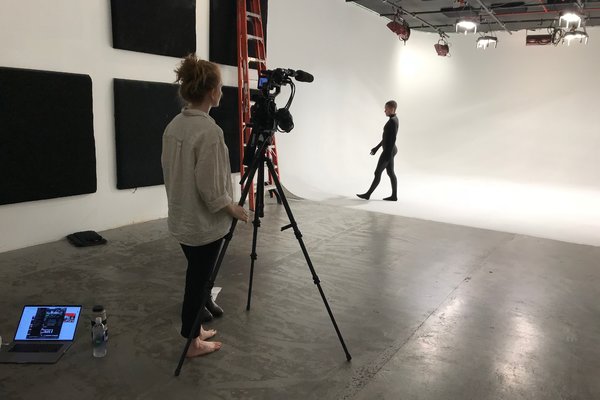 LESLYE DAVIS To execute the concept, we hired Bailey Anglin — a dancer and movement artist — to help represent people’s descriptions of addiction. For example, Jasmine Johnson, 29, from Pennsylvania, described the feeling of withdrawal as “like a demon crawling out of you,” so we choreographed the scene to represent the intensity of that experience. With Bailey’s performance, we aimed to represent these experiences without making the universal experience of addiction seem too individualistic.

LIEBERMAN One of the main challenges we faced was trying to stay true to the subject matter and treat it with the respect it deserves. We found that the quotes helped immensely, always bringing our visual research back to what the body feels like as it moves through these different stages of addiction. Since the software I write is generative, we experimented with adjusting the pacing, color and movement to try to best fit the mood. We made dozens of clips.

Some of these visuals also show a human form that weaves in and out of being recognizable. It seemed like an appropriate way to express some of the physical and emotional oscillation of addiction.

TAYLOR Once Zach completed his work, we worked in parallel with him to modulate the appearance of the clips so that they all cohered into the same narrative. For example, the colors in the video for the first chapter, “Gateway,” are repurposed throughout the story. The result, I hope, is a striking visualization of the physical and emotional experiences of someone who is addicted.

Alexandria Symonds is a senior staff editor at The Times. @a_symonds