Home » Entertainment » How Weird Were the Tony Nods? Well, How Weird Was the Season?

How Weird Were the Tony Nods? Well, How Weird Was the Season? 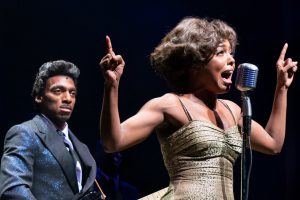 How does it feel to be an asterisk?

That was going to be the question — particularly for musicals — however the Tony Award nominations turned out. In a Broadway season cut short by a pandemic, with only 18 of perhaps 36 planned shows eligible, and not likely the best of them, the people and works honored in this morning’s announcement were bound to be met with a “yes, but” shrug. Even the worthiest of them, and some were fully worthy, will go into the record books with unfortunate footnotes.

It may not look that way at first from the numbers. In an ordinary season it would be exciting news that three new musicals swept up a whopping 41 nominations among them: 15 for “Jagged Little Pill,” 14 for “Moulin Rouge! The Musical” and 12 for “Tina — The Tina Turner Musical.” But in a season with only four musicals to begin with, and one of them — “The Lightning Thief” — a dud, it’s merely math. “The Lightning Thief,” rightly shut out, left the other three shows to be nominated (sometimes more than once) in every category for which they were eligible.

At least all three are reasonable contenders for best musical. But the nominators, facing an impossible situation, made choices in some of the other musical categories that can only be seen as desperate. It was not of course their fault that the award for best musical revival had to be eliminated; no musical revivals had opened as of the Feb. 19 cutoff. (Not coincidentally, the revival of “West Side Story” opened on Feb. 20.)

But why not do the same for best actor in a leading role, a category that had only two possible nominees: Aaron Tveit in “Moulin Rouge” and Chris McCarrell in “The Lightning Thief”? An obscure rule, now forever to be known as the Tveit Exception, all but handed him the award without the pretense of a competition.

To be fair, even if the season weren’t interrupted, that category did not seem likely to cough up additional viable male candidates. For years, the musical leading man has been an endangered species, in part because the stars of musicals are now most often women. The most exciting competition this year is among the leading musical actresses: Karen Olivo, Elizabeth Stanley and Adrienne Warren.

Next season’s Tonys — or rather those for 2021-22, since there surely won’t be any for 2020-21 — will at least have Hugh Jackman in “The Music Man” to tentpole the category, but he is the exception that proves the rule.

What could the nominators have done? As long as the Tonys were rejiggering some rules to acknowledge the way Covid-19 had affected the season, why not rejigger others? Why not move the terrific Daniel J. Watts, who played Ike Turner in “Tina,” from supporting actor to leading?

That would have made at least as much sense as what happened in the best score category. Because three of the four new musicals were ineligible jukebox shows, and the fourth was, once again, “The Lightning Thief,” the nominators chose to acknowledge music written for plays, including “Slave Play,” “The Inheritance” and “The Sound Inside.” Though all very effective, their elevation into the echelon of “Carousel” and “Hamilton,” even if not unprecedented, comes off as a feeble gerrymander. The category should have been eliminated. 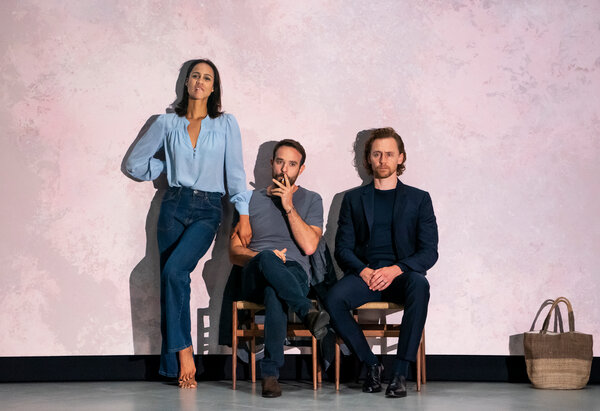 Among plays, the nominations made a lot more sense, though of the four revivals, of which three were nominated, only one — “Betrayal” — was excellent.

The 10 eligible new plays made a stronger bunch and a healthier contest. By “healthier” I mean they allowed for a slate of nominations more like that in an ordinary year, with lots to gossip about and parse.

Why no Eileen Atkins in “The Height of the Storm” or Zawe Ashton in “Betrayal”? Celebrity nominations for Jake Gyllenhaal and Tom Sturridge (in “Sea Wall/A Life”) but not for Michael Shannon in “Frankie and Johnny in the Clair de Lune”? And how could Paul Alexander Nolan, so excruciatingly good in “Slave Play,” fail to be noticed when five of his seven castmates were? Where’s the ensemble award when you need it?

These are the kinds of arguments we’re supposed to have when the nominations are announced. But don’t think the problem is just the pandemic. In ordinary seasons it’s hard enough to fill these categories if exceptional excellence is the criterion; in this season it was often impossible. The nominators did their best, but all they could ultimately demonstrate, besides indomitability, is a problem Broadway faces pandemic or no: With rare, thrilling exceptions, it’s not good enough.