Home » Entertainment » How well do you know your Christmas movies? Find out in our bumper quiz

How well do you know your Christmas movies? Find out in our bumper quiz 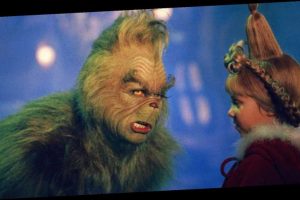 How well do you know your Christmas movies? Find out in our bumper quiz.

We may only watch them once a year (or more, depending on how many lockdowns you sit through), but we all have a soft spot for Christmas movies.

From Love Actually to The Grinch, Home Alone to Netflix’s Jingle Jangle, there are a lot of festive favourites to choose from. And yet, somehow, it genuinely feels as if we’ve seen them all – and multiple times, too!

But how much did we really take in? And how well do we really remember the minutiae of all those beloved holiday classics?

Well, while why we may think we know them back to front, this fiendishly tricky quiz proves that there are quite a few details you may have missed on the first, second, and even the third viewing.

Don’t believe us? Well, prove it then! Put your Christmas movie knowledge to the test and see how good your festive film trivia really is.

Keira Knightley, who played Juliet, was just 18 when the movie was filmed, while Thomas Brodie-Sangster (who played Sam) was 13. There was only a five year age gap!

How old was Keira Knightley when she filmed Love Actually?

What flavour was the blue soup supposed to be in Bridget Jones’ Diary?

The Game Of Thrones star described the experience as “incredibly nervewracking.”

Emilia Clarke did all her own singing in Last Christmas. True or false?

It’s a Wonderful Life premiered at the Globe Theatre in New York on 20 December 1946, to mixed reviews. Nowadays, though, it is widely regarded as a festive classic.

When did It’s A Wonderful Life first come out in cinemas?

As Kevin himself tells a concerned cashier: “Ma’am, I'm eight years old. You think I would be here alone?”

How old is Kevin in Home Alone?

Complaints are made, so the real Kris Kringle (Edmund Gwenn) steps in to play Santa instead.

What seems to be the problem with the Santa hired for the Macy’s Day parade in Miracle On 34th Street?

All the bookkeepers want is another lump of coal for the fire, because their assets are frozen.

In A Muppet Christmas Carol, what do the rats complain about in Scrooge’s office on Christmas Eve, causing them to nearly get fired?

How many adaptations of A Christmas Carol are there?

Don’t worry; there’s still a happy ending for her and Mr Napkin Head.

In The Holiday, what’s the first thing Amanda says after Graham proclaims his love for her?

As an elf, Buddy has to adhere to The Code of the Elves, which states: 1) Treat every day like Christmas. 2) There’s room for everyone on the nice list. 3) the best way to spread Christmas cheer is singing loud for all to hear.

In the movie Elf, what is the first rule in The Code Of Elves?

Where is Stacy’s bakery located in The Princess Switch?

A viral fan theory about the origins of the Grinch’s loyal dog, Max, recently changed our perception of the film forever when it speculated that he was one of the unwanted gifts dumped on Mount Crumpit.

What is the name of The Grinch’s dog?

Bill Nighy says he still feels guilty about it, adding: “Luckily, or unluckily, I’ve never met her so I’ve never had to account for myself.”

In Love Actually, which real-life celebrity does Billy Mack (Bill Nighy) insist was “rubbish” in bed?

When Billy is gifted the Mogwai, he almost immediately christens it Gizmo.

What’s the name of the little critter who (unwittingly) causes all the trouble in The Gremlins?

Although the boy in the original book is unnamed, in the film he is named ‘James’ on his present tag, added by animator Joanna Harrison as it was her boyfriend’s (later her husband) name.

What was the name of the little boy in The Snowman?

How many bricks does Kevin throw at Marv’s head in Home Alone 2: Lost In New York?

Whoops! You missed something.

So, how did you do? Tweet us and let us know via @StylistMagazine now!

END_OF_DOCUMENT_TOKEN_TO_BE_REPLACED

END_OF_DOCUMENT_TOKEN_TO_BE_REPLACED
We and our partners use cookies on this site to improve our service, perform analytics, personalize advertising, measure advertising performance, and remember website preferences.Ok