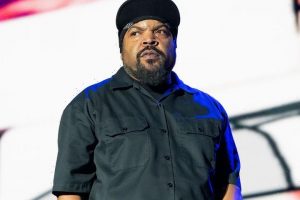 Ice Cube has shared some updates on his journey to get a new Friday film out, revealing that things aren’t going so well with Warner Bros. as the studio supposedly rejected two of his scripts for a sequel.

In a recent episode of Drink Champs, he first explained that he now wants to “get [‘Friday’] out of Warner Bros.” as “[t]hey don’t believe in the culture.” He also explained that it isn’t as simple starting a new IP outside of the studio with the same concept but a different title, “Once I take the character’s names, it becomes a property of ‘Friday,’” he said. “It’s useless. They just need to come off that shit.”

Cube further claimed that Warner Bros. actually rejected two of his scripts for the next Friday film; one of them followed Craig, who was played by Cube in the original, and Da Da, played by Mike Epps, going to jail for selling weed, “After they rejected it, they had all these movies about going to jail. So I was like, ‘Man, see, y’all f*cked me up.’” He continued, “The other script was about the youngsters in the hood having beef with the OGs, and Craig has to come back and squash that. Smokey’s [portrayed by Chris Tucker] son is the new Deebo [portrayed by the late Tommy Lister Jr.] and he’s wilding.”

The rapper and actor also briefly touched on whether Tucker will be coming back for the next film, after he previously turned down the opportunity to star in a sequel due to a change in his religious beliefs. “Chris is slippy,” Cube, said, “but me and Chris is cool.”