Home » Entertainment » IGN Breaks Down All 10 Classes From 'Elden Ring'

IGN Breaks Down All 10 Classes From 'Elden Ring' 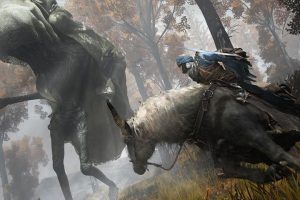 FromSoftware‘s highly anticipated title Elden Ring has finally launched last week, and with such an expansive game, the studio has offered 10 different player classes for you to choose from. Luckily for those approaching it for the first time, IGN has now broken down all 10 classes for you.

In a video spanning almost seven minutes long, the popular gaming outlet introduces all 10 classes Elden Ring has to offer, including the Hero, Bandit, Astrologer, Warrior, Prisoner, Confessor, Wretch, Vagabond, Prophet and Samurai. The video includes short gameplay clips of the different classes and brief introductions of what each of them entails, so you’ll be able to make a more informed decision when you create your own character in the game.

Of course, character selection is just one facet of the game, and no matter which class you end up choosing, you’ll still be confronted with challenge after challenge in the giant open world of Elden Ring. As the game’s designer Hidetaka Miyazaki explained in a recent interview, creating difficult games is part of FromSoftware’s “identity,” and it only makes the experience more special and rewarding once you manage to overcome the hurdle.

Elden Ring is now available for the PlayStation 4, PlayStation 5, Xbox One, Xbox Series X/S, and PC.