Home » Entertainment » Inside Trondheim, One of Europe’s Northernmost Creative Hubs

Inside Trondheim, One of Europe’s Northernmost Creative Hubs 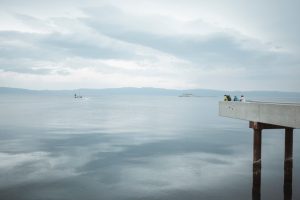 From Michelin chefs to fashion plates, the Nordic city comes into its own. 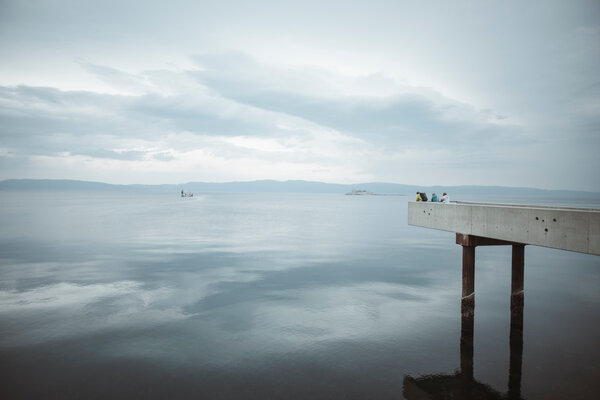 Welcome to T Wanderlust, a new travel newsletter from the editors of T Magazine. Twice a month, we’ll recommend global destinations and hotels worth visiting. Sign up here to find us in your inbox every other Friday, along with our T List newsletter each Wednesday. And you can always reach us at [email protected].

NORWAY IS PROBABLY best known for its fjords, which often cut between steep cliffs and peaks that, even in summertime, retain white collars of snow. Here, nature exists right alongside cities: All of the country’s major urban centers are on the coast. While Oslo offers a big-city feel and Bergen charms with old wooden houses and a funicular up to the summit of Mount Fløyen, it’s Trondheim — the country’s third-largest city, with a population of more than 210,000 — that has emerged as a hub for young creative types looking to evade high rents.

Among them is a growing group of chefs who have turned Trondheim into the latest destination for new Nordic cuisine. “There’s a real sense of community here,” says Jonas Nåvik, who was one of the pioneers of Trondheim’s avant-garde food scene when he opened Fagn after returning home from a stint at Alinea in Chicago. Nåvik has since moved on, but Fagn still holds a Michelin star for dishes like reindeer lichen with pork blood and raw shrimp tartlets. The kitchen at Fagn isn’t the only one to rely on the local waters for shellfish and other ingredients — the city sits at the mouth of a 78-mile-long fjord that has sustained residents for more than a millennium.

A former mercantile city whose Old Norse moniker of Þróndheimr means “home of the strong and fertile,” Trondheim was founded by the Viking king Olav Tryggvason in A.D. 997. Later, for some 200 years, it was the country’s first capital and sometimes royal seat. A compact and eco-friendly university town, it encourages walking: Travelers can wander the 18th-century wharves; the stalls of Market Square, which is anchored by a monument to Tryggvason that also serves as a sundial; and the galleries of Trondheim Art Museum, home to impressive contemporary collections. And between late September and March, an evening hike along the hilly Lade trail, which starts just outside of the city center and runs northeast along the coast, gives visitors a chance to take in the entrancing glow of the northern lights.

With its stately architecture and notable clientele — in addition to British royals and salmon anglers, the late Norwegian playwright Henrik Ibsen is said to have visited it — the 150-year-old Britannia is to Trondheim what the Plaza is to Manhattan; there’s even a glass-domed Palm Court that serves afternoon tea including croissants stuffed with Grindal Jåblom, a type of goat cheese. The 224 renovated rooms have Hästens beds and Art Deco-inspired details (porthole mirrors, table lamps with glass-globe bases). There’s also a French brasserie, a restaurant with Japanese table grills and Speilsalen, where the Bocuse d’Or silver medalist Christopher Davidsen serves a new Nordic tasting menu that might feature poached langoustine claw from Norway with Icelandic wasabi and fermented fennel yogurt. After-dinner drinks can be had at the Britannia Bar, where the menu pays homage to the city’s history: The Cannon, with vintage Jamaican rum, black tea, pineapple, lemon, cane sugar and clarified milk, is a tribute to a Trondheim pirate who sailed during the Napoleonic Gunboat War. britannia.no.

The Nidelva starts in Lake Selbusjøen, some 20 miles away, before weaving through and around central Trondheim. This Scandinavian-modern hotel sits just across the river from the city’s old town and is composed of concrete blocks that seem to float atop the water. Downstairs, off the lobby atrium, you’ll find rentable bicycles. The best part, though, is the morning buffet, which includes organic salmon and fresh fruit, plus made-to-order waffles and eggs and a whole section of vegan foods, including muffins and scrambled tofu. scandichotels.com.

Like Fagn, Credo earned its first Michelin star in 2019. The chef and owner, Heidi Bjerkan (who for eight years also worked as the executive chef at the Royal Palace in Oslo), opened the restaurant in 1998. Aiming for a zero-waste kitchen, she bakes her own sourdough bread, grows much of her own herbs and greens and cooks head-to-tail, whether it’s halibut or a free-range chicken, all while overseeing 20- to 25-course dinners that can include dishes such as blood pudding with lingonberries and barbecued and glazed langoustine with brown butter emulsion. restaurantcredo.no.

Even with its shelves lined with art books and glass jars of pickled vegetables, Sellanraa Bok & Bar doesn’t look all that different from your average cafe. And yet, in addition to good coffee (and wine), it serves some of the more interesting plates in Trondheim, including braised beef cheek with skin-on root vegetables, stir-fried cranberries and melboller, the traditional Scandinavian flour dumplings. Working in tandem with organic farmers, small-boat fishermen, berry pickers and a mushroom forager, its Swedish chef, Charlie Merei, creates dishes like confit clipfish with parsnips, Jerusalem artichokes, crispy kale, fried cod skin and hazelnut vinaigrette. The dining room, notably, is connected to Kunsthall Trondheim, a fire station turned contemporary arts center. sellanraabar.no.

This ambitious and joyful downtown bar has cerulean walls, bronze-tinged banquettes and plush velvet stools. Look out for a Hawaiian-shirt-clad man wielding shakers, swizzle sticks and homemade tinctures: That’s Jørgen Dons, the head bartender, who will invent a drink for you on the spot or prepare one of his signatures, like the Rye and Gosling, which has rye, rum, apricot liqueur, pineapple and lemon and comes with a photo of its Hollywood namesake affixed to the edge of the glass with a wooden clothespin. enrausbar.no.

The soapstone tower of Nidaros, Trondheim’s most iconic structure and the world’s northernmost Gothic cathedral, is visible from almost anywhere in town. Construction on the building, which sits atop the erstwhile burial place of Olav Haraldsson, the Viking king who helped Christianize Norway, began in 1070 and lasted for more than two centuries. Karl Knutsson Bonde was crowned there in 1449, and the sitting monarch, King Harald V, received his royal benediction at the church in 1991. Mere commoners can marvel at the 1740 Wagner organ and climb the 172 narrow steps to the top of the tower, which offers a spectacular view of the surrounding peaks and waterways. nidarosdomen.no.

The Swedish-born Norwegian textile artist Hannah Ryggen (1894-1970) was famous in Scandinavia in the 1950s and ’60s for her magnificent tapestries, which critiqued war, power and totalitarianism and were made with wool from local sheep and dyes from foraged plants. Proudly leftist, she lived and worked on a farm with no electricity or running water about an hour from Trondheim. The city’s Nordenfjeldske Museum of Decorative Arts and Design holds the world’s largest collection of Ryggen’s tapestries, including the last piece she ever made. While the Nordenfjeldske is currently closed for renovation and its future location remains uncertain, you can learn more about the artist by taking the ferry (800/805 from Trondheim’s boat terminal) to the Hannah Ryggen Center in Brekstad — a scenic 60-minute journey — to see some of her large-scale, antifascist tapestries such as “Ethiopia,” “Death of Dreams” and “6 October 1942.” orlandkultursenter.no/hannah-ryggen-senteret.

Because of the long winters and frequent rain, Norwegians wear foul-weather gear almost year-round. After experimenting with a line of minimalist streetwear in the early aughts, the Trondheim native John Vinnem founded his high-performance label JohnnyLove in 2006. He sources water-repellent fabrics from Italian mills and denim from Japan and makes everything from ripstop bombers and fitted trenches to khakis and merino wool jumpers, all of which can be purchased at his flagship store on Olav Tryggvasons Gate, a thruway dating from 1681. johnnylove.com.

What to bring home, as suggested by locals we like

“SPTZBRGN’s production site is in Ranheim, surrounded by the sea, but its beautiful neckties are available in Trondheim,” says Katrine Elise Pedersen, an art historian and the interim director of Kunsthall Trondheim. “The ties are made by hand and inspired by the patterns of the bunad, which refers to clothing designed in the early 20th century but loosely based on traditional Norwegian folk costumes.” From around $225; sptzbrgn.no.

“Kristin creates three-dimensional textile designs in various shapes and sizes,” says Tania Winther, the multimedia artist, interior designer and owner of concept gallery and art boutique Galleri 7 in Trondheim. “She is inspired by Nordic nature and is one of the only artists in Norway working with 100 percent natural Merino wool felt. Her decorative coasters are also water- and dust-repellent, making them easy to clean with a damp cloth.” From $44 per coaster; kristinbyedesign.com.