LONDON — As well as the art on the gallery’s walls, visitors to Tate Modern in London have been able to stare at an unusual sight for the past few years: the apartments opposite.

Much to some residents’ annoyance, the 10th-story viewing platform at the gallery offers prime views of luxury apartments with floor-to-ceiling windows in several nearby towers.

In 2017, residents of four of the apartments mounted a legal challenge demanding that Tate close that side of the platform or at least put up screens, citing a “relentless” invasion of privacy from onlookers.

But on Tuesday, the British High Court ruled against their case. “These properties are impressive, and no doubt there are great advantages to be enjoyed in such extensive glassed views,” Justice Anthony Mann said in his decision. “But that in effect comes at a price in terms of privacy.”

Residents could take several actions to improve their lot, he added. “The owners could lower their solar blinds,” he said, or they could “install net curtains,” the British term for sheers.

The case struck a chord with many in Britain, and particularly in London, where gentrification has been blamed for squeezing the availability of affordable housing.

That meant sympathy for the residents’ case has been in short supply. In November, Max Siedentopf, a conceptual artist, tied 10 pairs of binoculars to the platform in an unauthorized “installation” that he called “Please Respect Our Neighbors’ Privacy” — the same message that appears on signs around Tate Modern. The gallery quickly took the binoculars down. 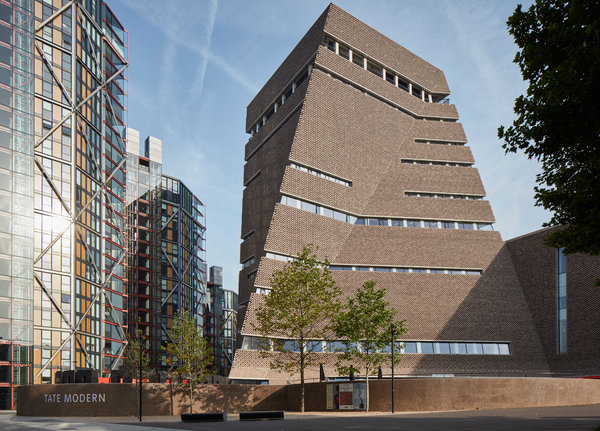 The platform, with its panoramic views of London landmarks such as St. Paul’s Cathedral and the Houses of Parliament, receives hundreds of thousands of visitors a year.

In their complaint, the residents said that the ability to look into their properties meant the apartments were no longer “a secure home for young children.” One claimant said he had discovered that a photograph of him had been posted on Instagram.

Another said he felt as if he was in a zoo, could not leave washing out, and had to be “properly dressed” at all times. A female resident told the judge that she had only been in the apartment five or six times since the viewing platform opened because the attention made her so upset.

Lawyers for the claimants had told the judge that their clients did not want to use blinds because that would obscure the views they “consider to be one of the key advantages to the flats.”

Tate Modern pointed out that plans for the construction of the platform were public knowledge when the apartments were sold. The development received its original planning permission at about the same time as the apartments, the gallery added.

In April, Tate Modern cut the viewing platform’s opening hours, stopping public access to the section overlooking the apartments after 5:30 p.m. Sunday through Thursday, and after 7 p.m. on Fridays and Saturdays. It was previously open until 10 p.m. on Fridays and Saturdays, and 6 p.m. on other days. Guards were also tasked with asking visitors to stop taking photographs of the properties. Justice Mann said his ruling was dependent on those restrictions being maintained.

After the ruling, a spokesman for the gallery said the viewing platform was “an important part of Tate Modern’s public offer and we are pleased it will remain available to our visitors.”

Natasha Rees, head of property litigation at Forsters, the law firm that represented the residents, criticized the ruling. “The limited steps taken by the Tate to prevent visitors viewing into my clients’ apartments are ineffective and both my clients and their families will have to continue to live with this daily intrusion into their privacy,” she said. The residents are considering an appeal, she added.

“I am not indulging in any criticism of the claimants or the developers; nor am I criticizing the architectural design,” the judge said in his ruling. But “the architectural style in this case,” he added, “has the consequence of an increased exposure to the outside world.”