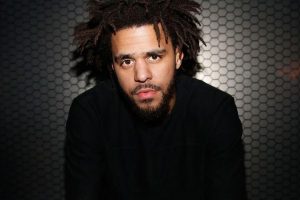 Ahead of the release of his upcoming album, The Off-Season, J. Cole is welcoming the next chapter in his music career, or what he’s calling “The Fall Off Era,” with a short documentary that chronicles the inspiration behind his new work, titled Applying Pressure.

Scott Lazer directed the film, which begins with a conversation between Cole and 21 Savage. Cole explains that his fear of contentment has always been the driving force behind his music. In his early career, that sentiment manifested in unwavering determination as he pushed himself to reach new heights as an up-and-coming artist, and now as a well-established name in music, Cole still seeks that same motivation.

“I had to make a real decision: Are you okay with getting comfortable, chilling, mailing it in, waiting around on inspiration?” he asks himself. “If this is as high as you ever got — not career success-wise, but from a skill level, like have you wrote your best songs? Did you leave no stone unturned creatively? And when I thought about that feeling, I was like, ‘Nah, I’m not cool with that.’”

As the documentary progresses, Cole discusses how becoming a father changed his day-to-night work schedule into something much less demanding. “About two years into being a father, I remember, like, ‘Oh, you need a schedule where your family knows this is your time in the studio and this is the time when I’m at home in family mode,’” he says, after revealing he would often spend 12 hours in the studio at a time before having kids. “It’s something that I needed to do, because I’m not gonna shortcut on the family side. So I put the studio in the house for that reason. I love being able to work knowing my family is right upstairs.”

Elsewhere in the 12-minute documentary, Cole draws comparisons between progressing as a rapper and training as a basketball player, ahead of his upcoming professional basketball debut. “I started realizing the parallel between rapping for me and basketball,” he says. “I’ve got to operate at a high skill level, and the only way you’re going to operate at a high skill level is putting in the hours, you know what I mean.”

Cole is set to play a select number of games with the Basketball Africa League’s Rwanda Patriots, the first of which is scheduled for this Thursday.

The Off-Season is set to release this Friday, May 14. In anticipation of the drop, listen to the first single off the tracklist, “i n t e r l u d e.”
Source: Read Full Article