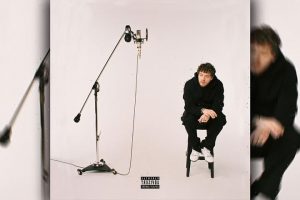 Clocking in at 45 minutes, the 15-track album features guest appearances from Pharrell on “Movie Star,” Drake on “Churchill Downs,” Justin Timberlake on “Parent Trap” and Lil Wayne on “Poison.” Come Home the Kids Miss You also includes the previously-released singles “Nail Tech” and “First Class,” the latter of which gave him his first solo No. 1 entry on the Billboard Hot 100.

Come Home the Kids Miss You marks Harlow’s first full-length release since THAT’S WHAT THEY ALL SAY in 2020, which peaked at No. 5 on the Billboard 200. Between the two albums, the Kentucky rapper went on to receive three GRAMMY nominations for Best Rap Performance (“What’s Poppin”), Best Melodic Rap Performance on Lil Nas X’s “INDUSTRY BABY” and Album of the Year as a featured artist and songwriter on Nas X’s MONTERO. He’s also set to make his acting debut in the upcoming reboot of Calmatic’s White Men Can’t Jump.

Stream Jack Harlow’s Come Home the Kids Miss You on Spotify and Apple Music, and watch the “First Class” music video above.

Elsewhere in music, Drake and Future travel back to the medieval times in the “WAIT FOR U” visual.
Source: Read Full Article