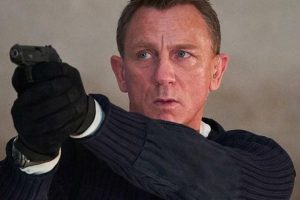 Longstanding James Bond producer Barbara Brocolli recently spoke about a scene in Skyfall that has indicated the secret agent once had a gay experience.

Brocolli spoke about the scene in a recent Apple TV+ documentary, Being James Bond, which involves Daniel Craig’s Bond and Javier Bardem’s villain Raoul Silva. In the scene, Raoul is seen caressing Bond who is bound in the chair. When Raoul asks, “You’re trying to remember your training now. What’s the regulation to cover this? Well, first time for everything I guess.” Bond responds, “What makes you think this is my first time?”

Brocolli said that the decision to maintain the line in the film was solidified at the film’s London premiere. She said, “That line, just the whole place rocked it then…I remember looking at the studio executive [and] going, ‘See, told you.’”

The final trailer for the No Time to Die dropped earlier this month, with the latest chapter in the Bond series set to release in theaters on October 8.

In other entertainment news, A24 has released the trailer for C’mon C’mon starring Joaquin Phoenix.
Source: Read Full Article