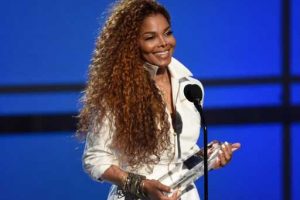 On August 29, Janet Jackson posted a loving birthday tribute photo of her and her late brother Michael Jackson to her Instagram. Janet has posted many loving tribute photos of her family over the years, from Michael to other brothers Jermaine and Randy to her mother Katherine. Without skipping a beat, she continually posts loving glimpses into the Jackson family’s life.

Ever since Michael Jackson’s death on June 25, 2009, the family has been vocal about their ongoing love and admiration for the King of Pop, posting on both the anniversary of his death and what would have been the late star’s birthday. Michael would have celebrated his turned 63 on Sunday, August 29, for which Janet shared a black-and-white photo of the two on a bench, looking stylish as ever. She put down the touching caption, “Missing You.”

It’s easy to see that Janet loves her family, and still looks up to her late brother. In 2019, Janet told The Sunday Times how her brother, Michael, will continue his legacy and how proud she is of her family. “I love it when I see kids emulating him [and] when adults still listen to his music. It just lets you know the impact that my family has had on the world. She continued, “I hope I’m not sounding arrogant in any way — I’m just stating what is. It’s really all God’s doing, and I’m just thankful for that.”

It’s a beautiful thing when a family can continually show, and share, the love for their lost loved ones.